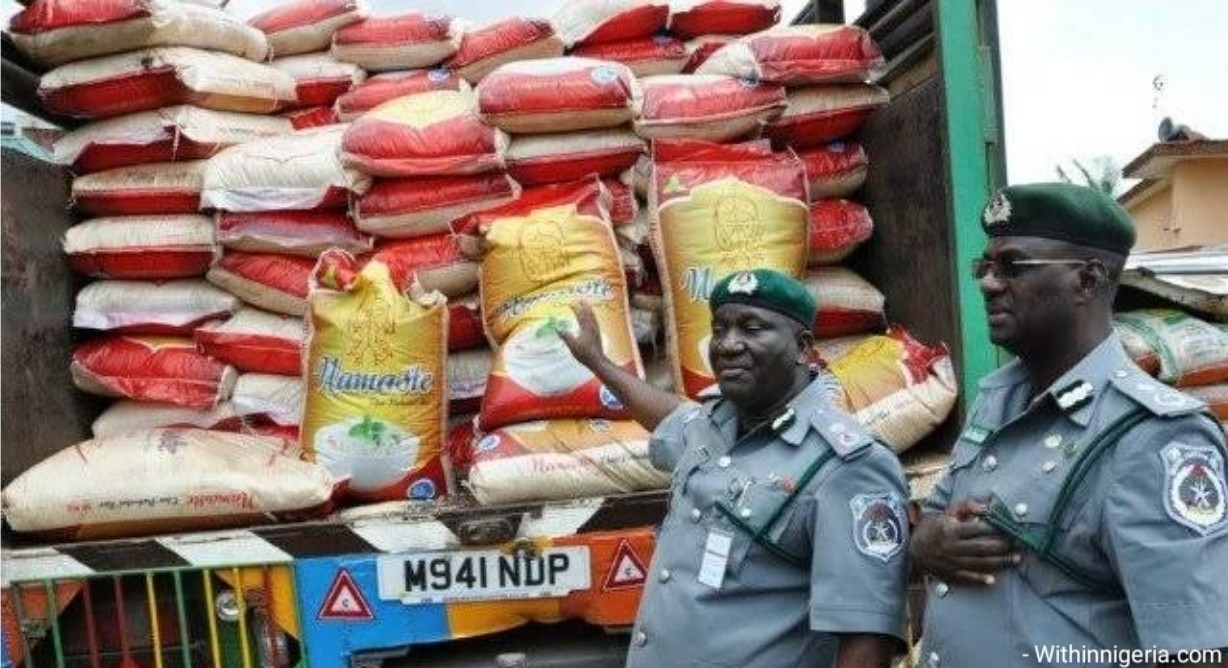 Border Closure: Customs seize 24 tankers of fuel, 40,000 bags of rice, others in Ogun

The Nigeria Customs Service (NCS), Ogun 1 Command, said it has impounded 24 tankers laden with petrol, over 40,000 bags of smuggled rice among other contraband in the ongoing border closure exercise.

The NCS said it also confiscated items worth millions of naira, including kegs of imported groundnut oil, bags of Indian hemp, hard drugs, fairly used vehicles among others,

The NCS disclosed this on Thursday during an inspection of the seized items by senior officers coordinating the joint border drill operations, who were on a visit to the command from Abuja.

Speaking at the 192 Battalion Army Barracks in Owode, where the fuel tankers were kept, the Deputy Comptroller-General – Enforcement, Inspection and Investigation, Austin Chidi, expressed satisfaction that the joint border patrol operation is achieving results.

The DCG said four fuel trucks were kept somewhere outside the Army barracks because of the volatile nature of their contents.

“Honestly, I am satisfied. You can even see it that because of the drill, everybody is keying in. So, I am happy.”

Chidi told newsmen that smugglers were becoming more desperate as a result of the partial border closure; adding that the seizure of those items shows that the drilling officers are on top of their game.

He said without being told, “the successes recorded is tied to the partial border closure, because if you close the known borders, people become very desperate to use unexpected means to move things.”

The officer commended the synergy between the Customs, Army, Police and Immigration, adding that, “without the synergy it will be difficult to park this kind of volatile product here. The environment alone is volatile to pick five bags of rice around Idiroko. I know how many officers that have died here, because I served here and know they have burnt five officers in one hut. So we know how volatile this place is. This success wouldn’t have been possible without the synergy.”

The border drill coordinator from the Office of the National Security Adviser, Army General Emmanuel Ndagi, on his part, said the joint border drill exercise is a huge success.

According to him, “For a long period of time now, seizures particularly in terms of poultry, petroleum products, rice and other things like used clothing have been massive and if you look at it in monetary value, its total is over N4b in the beginning of the border closure. In terms of rice seizure over 40,000 bags has been seized and this closure is in the national interest.”

While conducting the visiting officers round the command, the Comptroller, Michael Agbara assured that his men are on the alert to deal with smugglers, no matter their level of desperation.