Songwriter and singer, Simi has responded to an attack from a fan, who feels she is not using her popularity to fight against the rearrest of Nigerian activist, Omoyele Sowore.

Minutes after the re-arrest of the embattled activist,  Simi joined other celebrities to air her displeasure about Sowore’s arrest, “this Sowore matter is sooooo ridiculous”, she said.

After her statement, she got attacked by a fan, who accused her of not using her platform to give her followers ‘political education on why this act should not be condoned and what can be done about it’.

“Yes it is Simi. But you can do more than tweet, you have a huge platform,u have followers,we can partner with you to give them a political education on why this act should not be condoned and what can be done about it.Our people need information, u can help spread it”

Simi responded explaining that the fans that talk about celebrities going out are the ones that end up running away. She further explained that the fight is not only for the singers but for all Nigerians.

“Everytime ‘celebrities should go out’ – but u dnt have their back when they do. When u see the guns, u run. When their lives are on the line, u no dey. Who wants to die for ppl that don’t care. Why is som1 more qualified to fight cos they can act or sing? It’s everybody’s fight” She asserted. 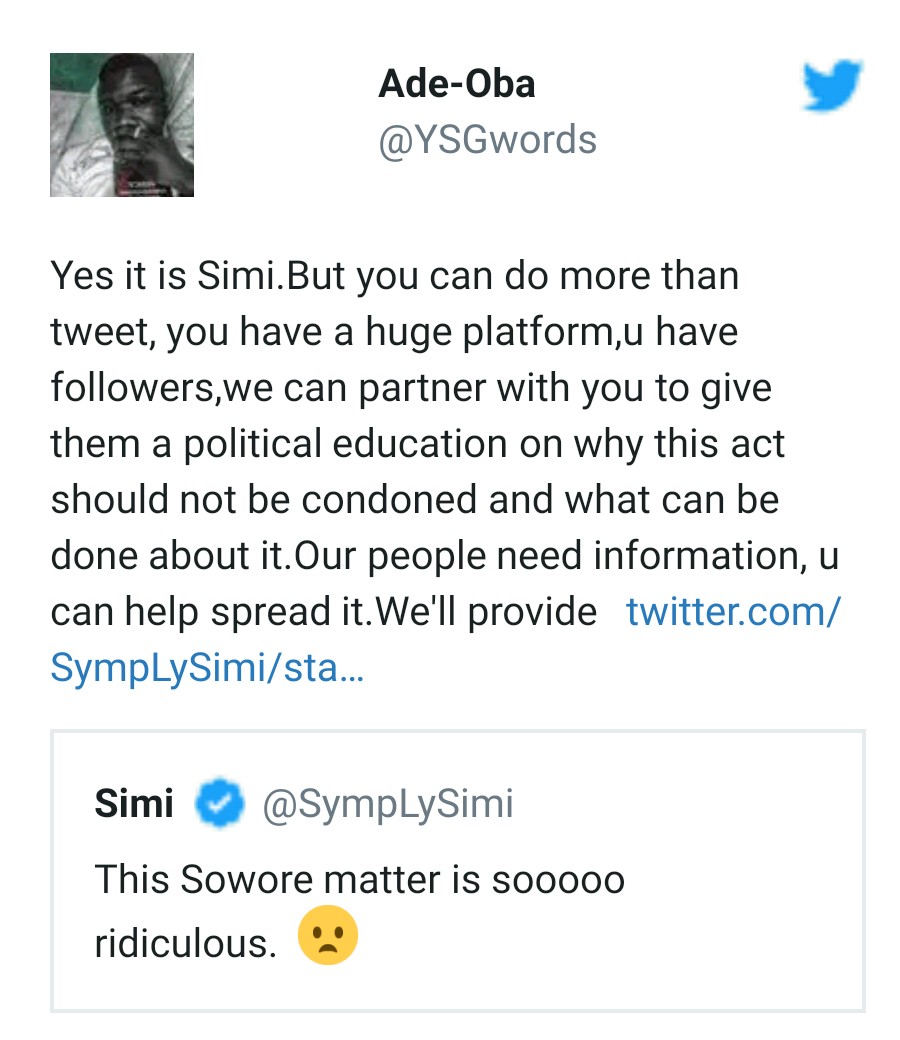 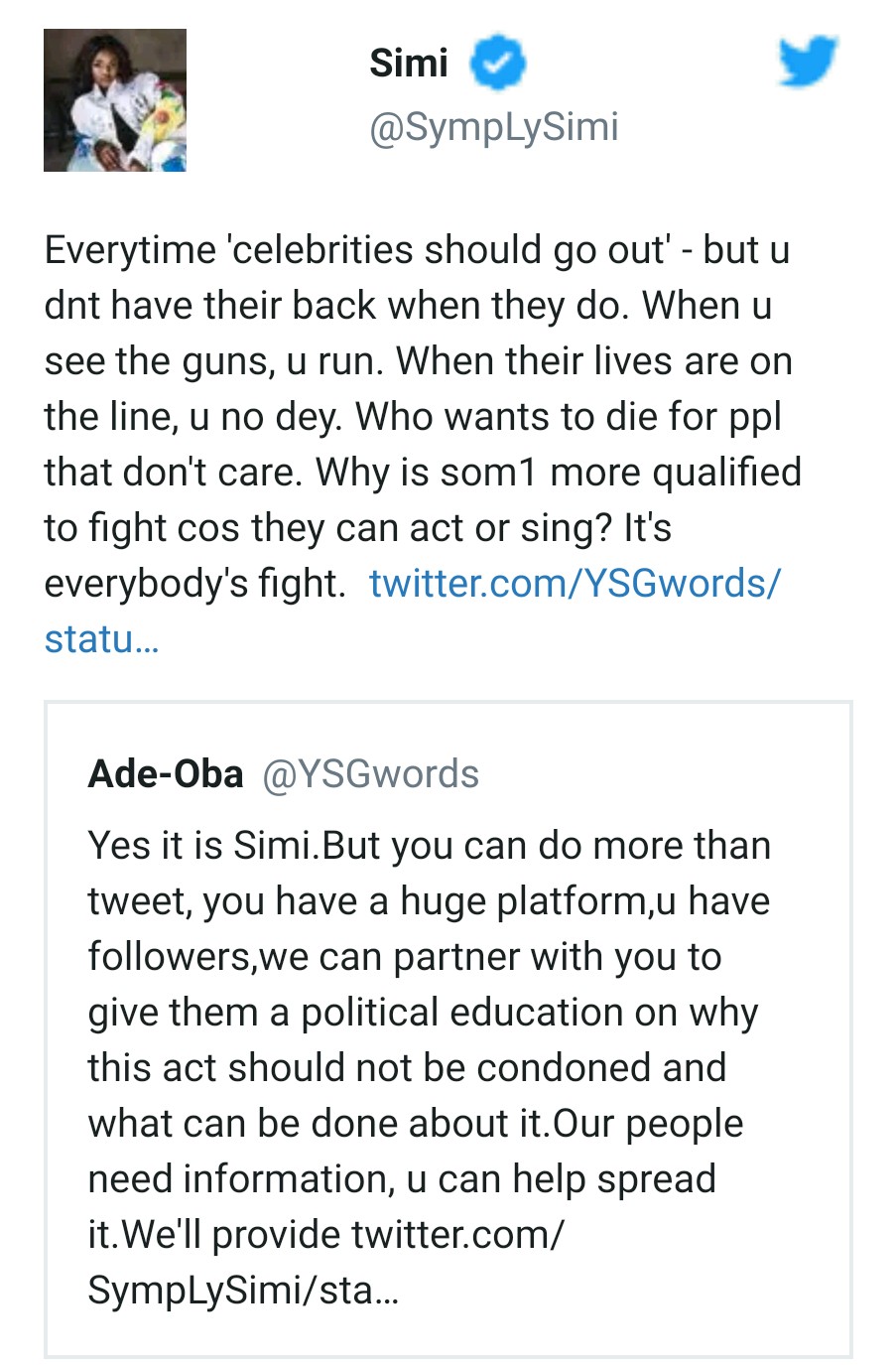 “Even if I stop making music now, my name cannot be erased for life” – Zlatan Ibile…