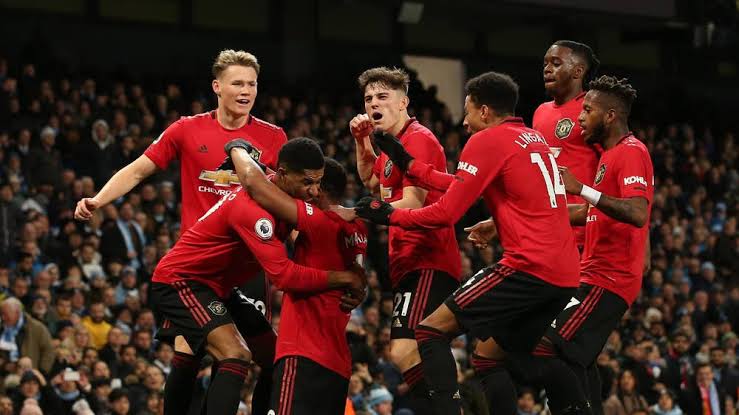 Manchester United defeated Manchester City 2-1 at the Etihad Stadium on Saturday night to leave the champions 14 points behind Liverpool.

United put a spectacular performance in the first half and raced into a 2-0 lead with Marcus Rashford converting from the penalty spot in the 23rd minute before Anthony Martial doubled their advantage six minutes later.

There was VAR controversy as City were denied a penalty after the ball hit Fred’s arm from a Kyle Walker cross late in the first half, but they didn’t halve the deficit until the 85th minute through sub Nicolas Otamendi’s header from a corner.

City huffed and puffed late on, but their title challenge all but blew up in smoke as United held on.

The result means City must recover the largest points deficit in Premier League history if they are to retain their title, while United have won back-to-back games for the first time this season, and now sit just five points off the top four to lift the weight off Ole Gunnar Solskjaer’s shoulders.