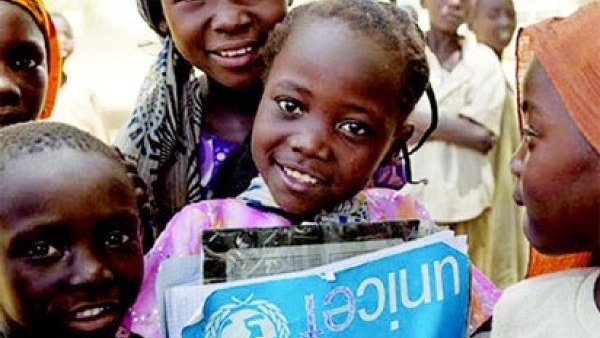 This was disclosed by the UNICEF Nutrition officer, Dr Jackson Martin while delivering a goodwill message during a week-long free medical service for women and children in all the 323 wards of the state tagged “Maternal Newborn and Child Health week” held in Miri town, Bauchi State.

Martin further revealed that a 2018 SMART Survey report that Bauchi State still faces a high prevalence of acute malnutrition of 28.2 percent and a high stunting rate of 45.6 percent.

He said the situation is critical and is over the national indices of 19.9 percent and 32.0 percent prevalence of acute malnutrition and stunting.

‘’In Bauchi State, only 29.3 percent of children, age 6-59 months, received at least one high-dose vitamin A supplement in the 6 months according to the 2018 SMART Survey’’

He added that UNICEF has supported the state with a total of 4,032 bottles of Vitamin A – the Blue and Red Capsules – worth over N12.5 million to be given to children as part of efforts taken to address the situation.

He said further that UNICEF has also provided a total of 180,000 packs of Micro Nutrient Powder – worth over N43 million and data tools which contains essential Vitamins and Minerals important to improve a child’s immunity, for children between the age group of 6 to 24 months.

The Nutrition Officer also commended the commitment of the Governor of Bauchi State, Bala Mohammed, for not only approving the release of funds but ensuring the timely implementation of MNCHW in the state.

‘’We commend  the state government for implementing the  second round of the 2019 bi-annual Maternal New-Born and Child Health Weeks, which expectedly will reach scores of children with preventive interventions such as Vitamin A, deworming, Immunization, Iron Folate Supplementation for pregnant women, including Nutritional Assessment of children aged 6 to 59 months.’’

Speaking earlier at  the flag-off, the wife of the governor, Aisha Mohammed, said over 1.4 million children under the age of five and 700,000 pregnant women are expected to receive a comprehensive package of free, high quality and nutritional interventions.