Angela Okorie is crazy, she faked her attack – IG Blogger, says she might get the real bullet soon

Famous Instagram blogger, known as Gist Merchant has taken to the platform to call out actress Angela Okorie, for allegedly faking her own assassination attempt.

Recall that Withinnigeria reported that on December 12th, actress Angela was attacked by gunmen . It was widely believed that the attack was carried out by suspected armed robbers. But, in a fresh post, the actress shared on Sunday morning, she described the attack as an assassination attempt.

According to her, the men sprayed over 30 bullets on her car during the attack. She said 10 bullets were removed from her head and no human came out to help her excerpt God.

Well it looks like some people disbelieved her story as IG blogger, Gistmerchant,  shared her opinion on why she is sure the attack  was staged… 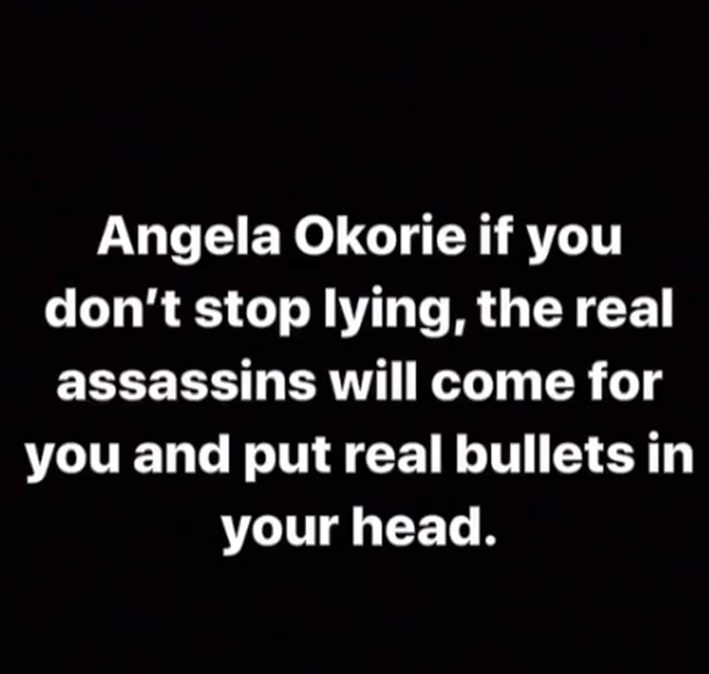 “You think doing live video to show us badly made up bruises will make everything true? If you were shot and got those wound on the 12th of December which is three day ago as you claim, you will not even be able to turn around your head without difficulty and that dried thing you were tapping at the side of your head in the video, is that supposed to be a 3-day old wound? This crazy lady think everybody is stupid or something. Bullets were removed from your head and your head is not wrapped up in bandages to protect and keep swelling down. Fool”

thanks God for saving her from assassins

Fans attack Dayo Amusa for posing with Toyin’s Abraham’s husband, moments after her…