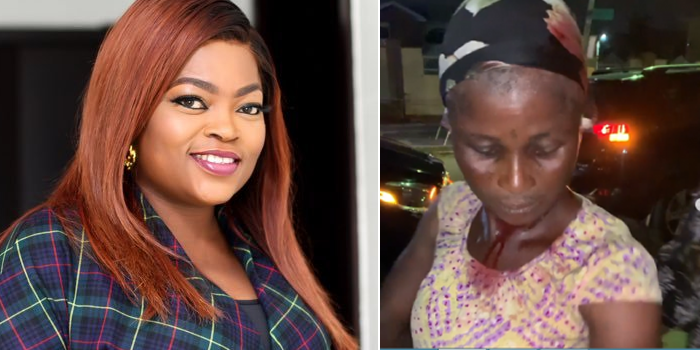 Nollywood actress, Funke Akindele popularly known as Jenifa, came to the aid of a severely brutalized woman whose’s life was in threat after been allegedly attacked by a security man attached to a mall at Jankande.

According to the actress, the lady’s head was brutalized by the power drunken security man with the aid of his belt. She reportedly sighted the woman while heading home from a shoot on Wednesday, 18th December.

She has since effected the arrest of the security man and he is currently cooling his feet at the Jajande police station.

UTME 2020: JAMB issues strong warning over use of NIN for registration

Beyonce delivers emotional rendition of “XO” and “Halo” at…