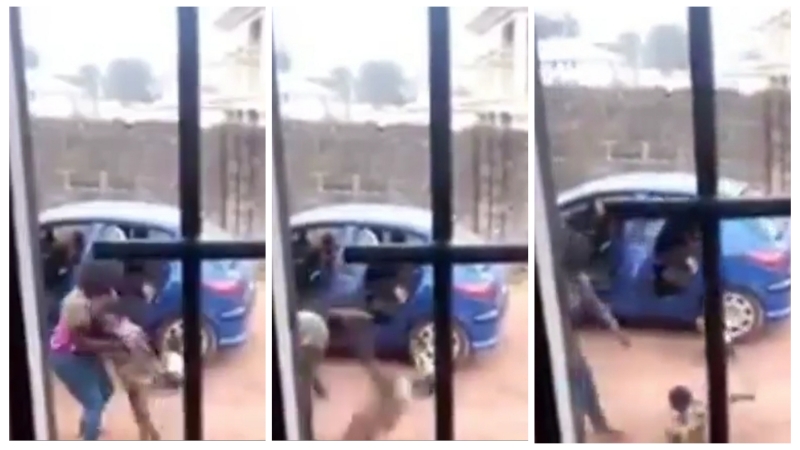 VIDEO: Yet-to-be identified woman lifts her maid up and slams her to the ground over ‘ATM card’

A video of a yet-to-be identified woman lifting her maid and throwing her to the ground which surfaced online has generated reactions and expressions of anger from Nigerians.

Inside the one-minute video, the woman can be seen angrily approached the car and dragged out a child suspected to be her maid. The maid was angrily lifted up into the air and smashed into the groud.

As she landed on the ground ,the yet-to-be identified girl stood up immediately and ran away but the woman ran after her before the cries of her baby made her come back to the car.

As at the time of reportage, the cause of the woman’s outrage is unknown but a facebook user claimed that the woman lives in Enugu and her house address was given.

Many Nigerians who watched the heartbreaking video have reacted angrily and requested that the woman in the video must be found and prosecuted.