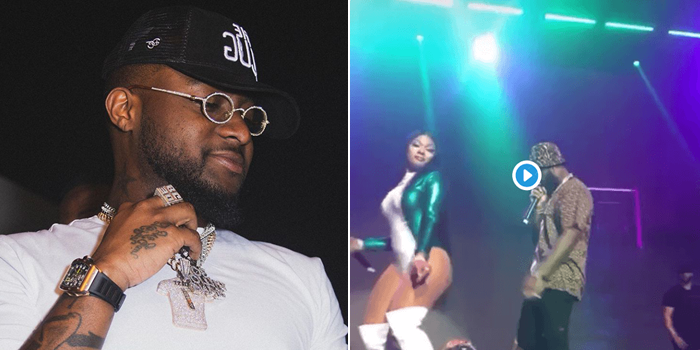 Singer Davido trended tremendously on Twitter today, after an unexpected course of action he took while he was performing at a concert in Lagos with heavily endowed American rapper Megan thee Stallion.

The drama started when Megan Thee Stallion brought Davido up on stage to perform his hit track, ‘Risky’ and Meghan attempted to rock Davido by twerking energetically  during the performance.

But Davido slowly distanced himself from her backside, and as she tried to move closer he kept moving away.

As expected, social media users went agog and praised the singer for respecting his wife, Chioma.

Reacting to the viral video, the singer noted that he is an ‘EX HOTBOY’. He shared the video on instagram with the caption; “ExHotboy”.