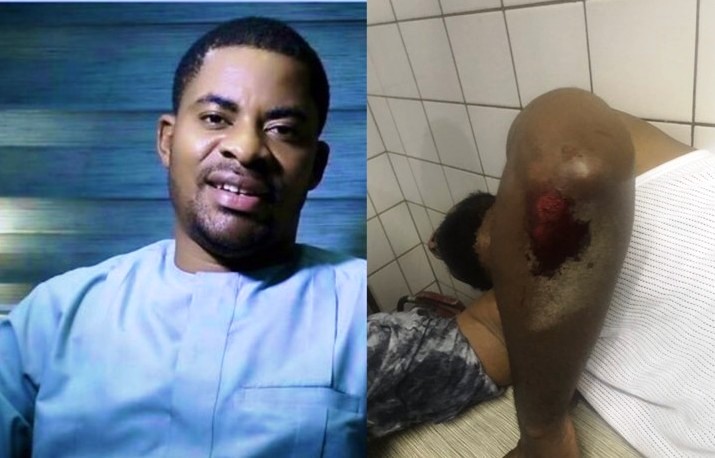 Activist, Deji Adeyanju is now in a critical health condition after he was brutally attacked by thugs yesterday.

Protesters, led by Deji Adeyanju were at the National Human Rights Commission (NHRC) to demand the release of Sowore, Jalingo and others held up in various detention camps in the country.

The protest reportedly took a new turn when another group arrived at the venue declaring support for President Muhammadu Buhari’s administration.

This group, minutes after their arrival moved towards the anti-government protesters seizing their placards and pushing them away.

Adeyanju was attacked in the process and sustained some injuries.

He has been reportedly flown overseas for medical treatment.

He has been in critical condition at the hospital following the deadly attack that left deep cuts all over his body.

Adeyanju was flown to Dubai, United Arab Emirates, where he would be receiving comprehensive medical treatment.

Meanwhile, Omoyele Sowore, Sambo Dasuki were both realease on Tuesday following the directive of the Federal Government.

“My husband has never beaten me in my life” – Bambam Reacts