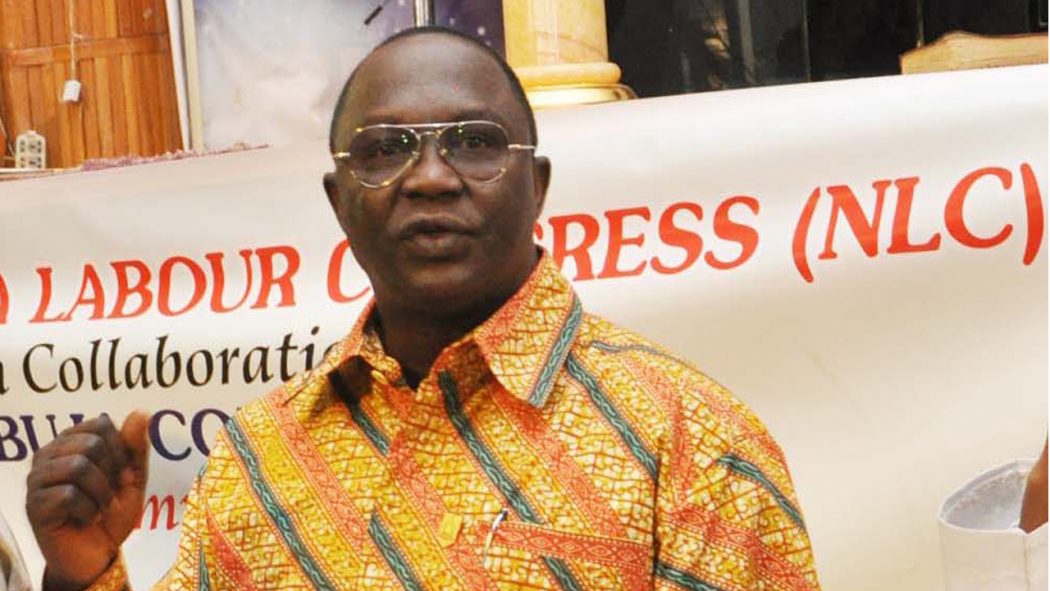 The Nigeria Labour Congress (NLC) said on Wednesday workers and pensioners deserve the very best of care and welfare during the yuletide as they are the ones that turn the wealth creation wheel.

The NLC president, Ayuba Wabba, stated this in a Christmas message to workers, pension and Nigerians in Abuja.

According to him, the leadership of NLC will continue to work hard to ensure that workers and pensioners recoup a measure of the joy that they invest in others.

He said: “Workers and pensioners deserve the very best of care and welfare because we are the ones that turn the wheel that creates the wealth.

“We will not rest on our oars in the pursuit and struggle for expeditious implementation of the new national minimum wage in all the states of Nigeria.

“We have already demanded that states which are still negotiating with the labour and those yet to set up their negotiating councils must conclude negotiations before the end of December 2019 or we will send them a not too friendly New Year Gift.”

Wabba commended the Federal Government and the governments of Kaduna, Kebbi, Lagos, Adamawa and Jigawa for concluding negotiations with workers and for implementing the new national minimum wage and consequential salary adjustment for workers.

Wabba added: “In the spirit of Christmas, we urge our political leaders and elites at every tier and arm of government to rededicate themselves to the ideals espoused by Christmas.

“We hope that in the coming year, Nigerians would reap tonnes of a positive turnaround in their existential realities as a consequence of recommitment of our leaders to the common good.”