Nollywood actress and producer Funke Akindele who is fond of hiding the faces of her twin sons anytime she shares photos of them, has come under a lot of heat after she took to social media to share beautiful Christmas themed photos of her twins and husband, JJC Skillz.

Not long after she shared the photos, many of her fans took to her comment section to call her out for always hiding the faces of her twins. 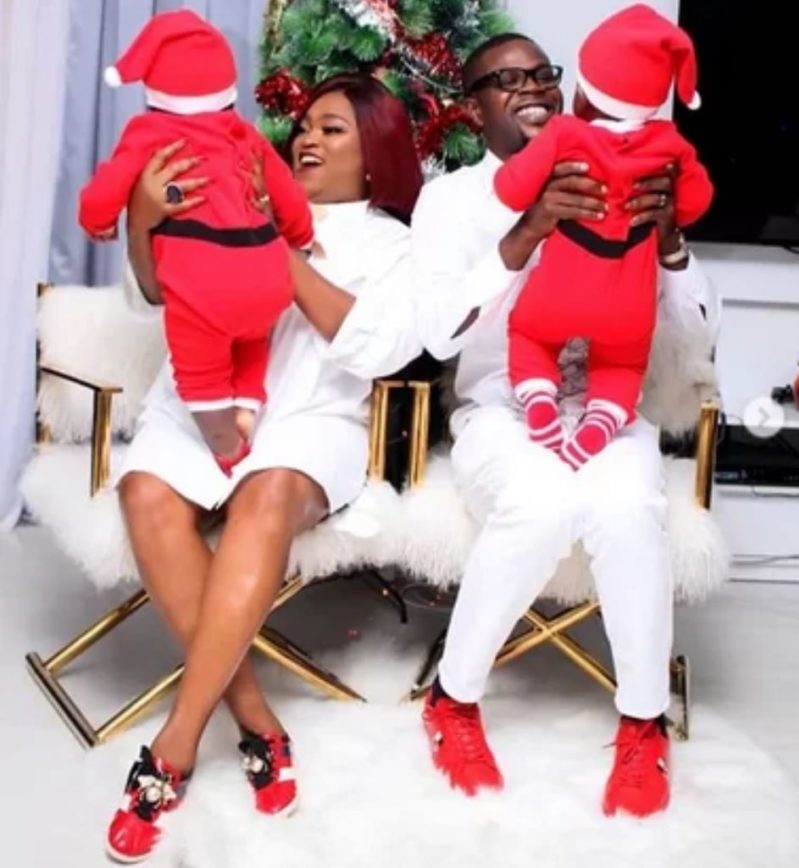 Read some of the comments below;

“Why show the kids when you won’t show their face? Just keep the pics to yourself. Abi they are faceless? No turn these children to Egun/Masquerade all in the name of pics. Or do they want endorsement? ” A Nairaland user, Hakeem wrote.

“Are you sure the kids are not adopted. Y are they always hiding the faces of the children…This is like the 3rd picture of them she is releasing hiding their face…” another user, James Taiwo wrote.

“Cute, but why are they always hiding the faces of the twins? I pray the kids’ faces are okay. This one she is not showing their faces
Maybe she is keeping them from village people sha ” a user, Adebanjo wondered.

“Keep your babies to yourselves, nobody is asking you for their pictures. Stupidity on its highest frequency, na face witch need to haunt. ” an angry fan wrote

“That’s what happens when a child’s birth is controversial. Have you ever seen a ‘notice me’ like funke, who couldn’t have hesitated to show the world anything including, pictures of the delivery session and delivery room on the social media, to display her baby bump even long after she claimed she gave birth to the twins? Think about it. ” one Torera wrote.