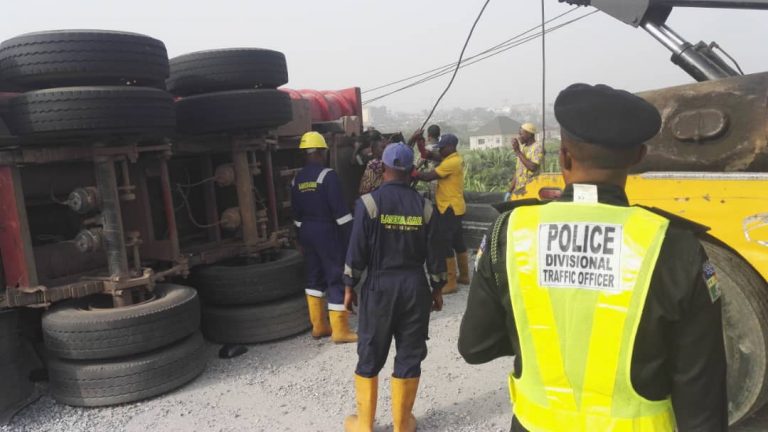 Tragedy struck in Lagos in the early hours of Saturday when two yet to be identified bodies were recovered in an auto crash involving a truck and a Sport Utility Vehicle, SUV, on the notorious Otedola Bridge, along Lagos-Ibadan Expressway.

It was gathered that the driver of the ill fated SUV was said to have narrowly escaped death surviving the crash with severe injuries. He is currently receiving medical attention and said to be in a stable condition. 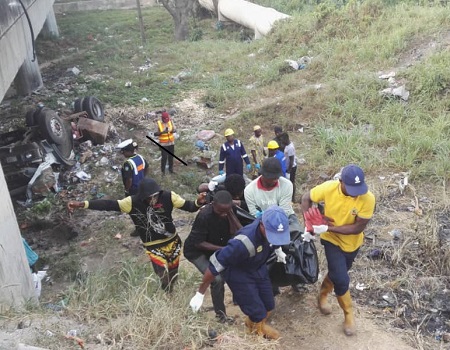 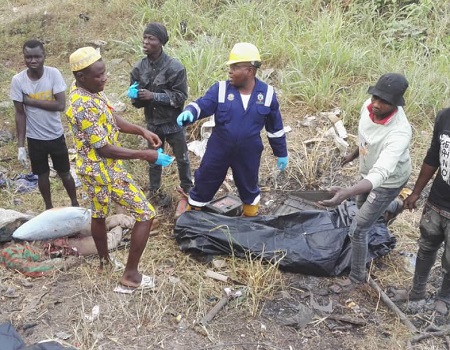 The vehicles which were headed towards Lagos State Secretarial, Alausa Ikeja, saw the truck, loaded with granite fell off the bridge, killing the driver and the motor boy in the process. 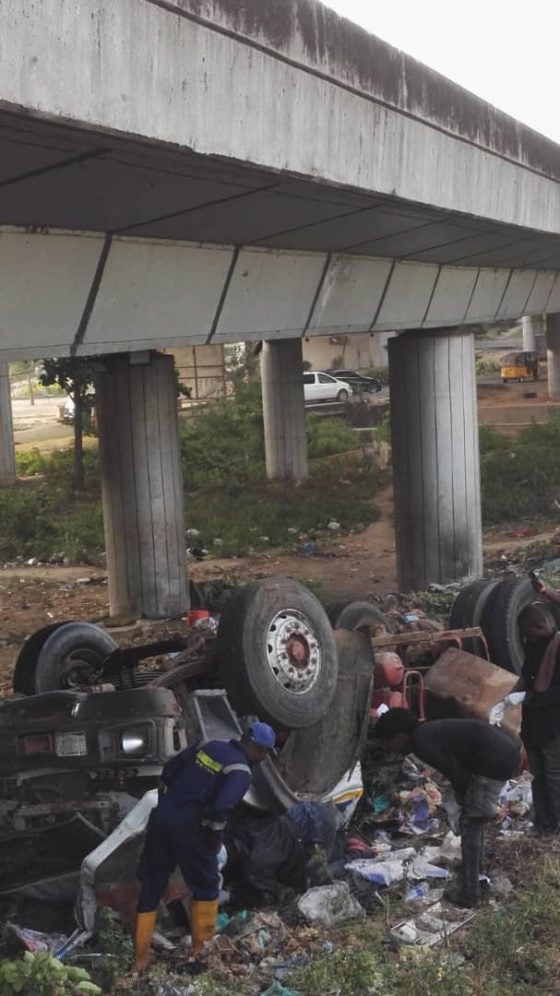 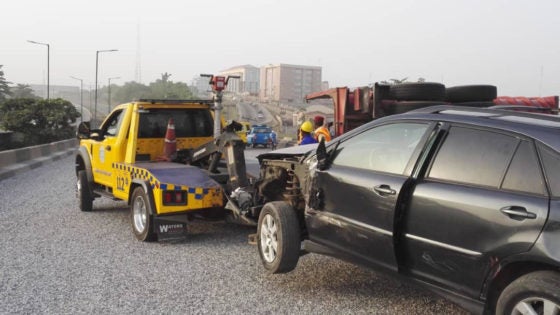 The incident which led to serious traffic gridlock was later removed at about 1 pm by rescue team which included Lagos State Emergency Management Authority, LASEMA,, the Police, stare Fire Service, the Police, Lagos State Ambulance Service, LASAMBUS, among others.

According to an eyewitness, the ghastly auto crash occurred at about 7.30 when both vehicles were on high speed.

Confirming the report, General Manager, LASEMA, Dr. Femi Oke-Osanyintolu, said the remains of the victims have been deposited at General Hospital’s mortuary, while further investigation into the cause of the accident has commenced.