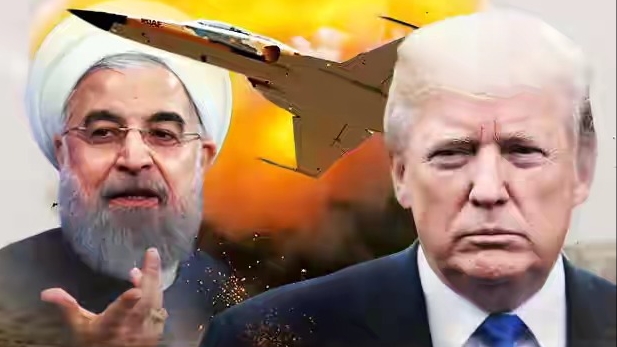 No fewer than 35 U.S targets have been identified for retaliatory strikes by the Iranian government barely hours after the President of Iran, Hassan Rouhani vowed to avenge the death of its Revolutionary Guards commander, Qaseem Soleiman who was killed by US air strike ordered by President Donald Trump.

The commander of the Guards in the southern province of Kerman, Gholamali Abuhamzeh confirmed the latest threat.

Ships in the Persian Gulf, the Strait of Hormuz and Tel Aviv were among targeted areas.

Abuhamzeh also added that vital American targets in the region had been identified a ‘long time ago’.

According to Reuters, Abuhamzeh said ‘The Strait of Hormuz is a vital point for the West and a large number of American destroyers and warships cross there … some 35 U.S. targets in the region, as well as Tel Aviv, are within our reach.

While reacting to the development, a senior congressional staffer told TIME that a retaliation attack from Iran could be seen ‘within weeks’ either at home or abroad.

Iran Must Go: 1,000 protesters deliver petition to US, Trump to…

Iran Must Go: Protest against IMN, AI, others undermining…

The staffer said: ‘There is no indication that there is going to be a de-escalation in the near future. The only question is how bad is the retaliation going to be and where and what is it going to hit.’

Abuhamzeh’s comments that Iran has previously identified targets, seem to confirm the State Department’s reason behind the airstrike on Friday, which killed Iranian general, his deputy Abu Mahdi al-Muhandis alongside others.

The State Department said: ‘General Soleimani was actively developing plans to attack American diplomats and service members in Iraq and throughout the region.’

‘The United States will continue to take all necessary action to protect our people and our interests wherever they are around the world.’

‘I look after my daughter with my own money, I don’t receive help from any man – Olamide’s alleged babymama