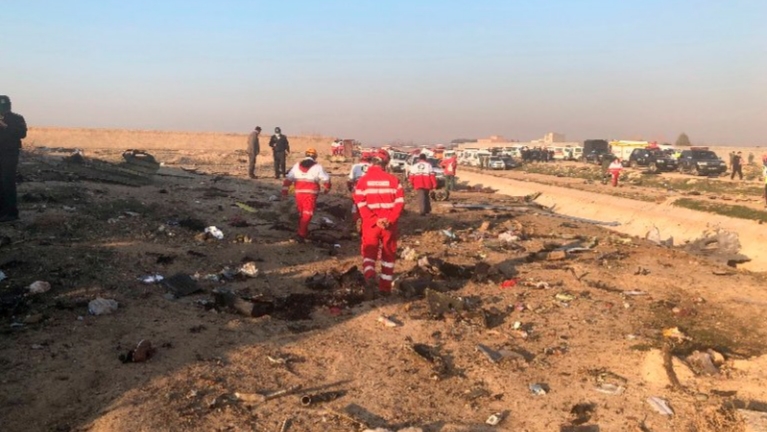 Citizens of Ukraine have been persuaded by the Ukrainian President Volodymyr Zelensky to remain calm as officials work on the production of list of those who were on board in the crashed airline in Iran.

WITHIN NIGERIA had earlier reported that no fewer than 176 passengers and crew members fates unknown as a Boeing 737 plane carrying them reportedly crashed few minutes after takeoff from Imam Khomeini Airport in Tehran, the capital of Iran.

While reacting to the tragic incident, Zelensky in a facebook post confirmed all passengers and crew members were killed.

He condoled with the families of victims and said foreign ministry officials have been directed to establish the circumstances that led to the crash.

Zelensky further added that a commission had been raised to investigate the crash alongside Iranian authorities and civil aviation experts.

Mr Zelensky urged the public to be patient and refrain from circulating unconfirmed causes of the crash.

I really ask everyone to refrain from speculating unverified versions of the disaster, the president said.

Officials from the Iranian Red Crescent said that medical experts have arrived at the scene of the crash in multiple helicopters on Wednesday morning to evacuate remains of victims.

They urged people to stay away from the scene to avoid compromising material that may be useful to air crash investigators.