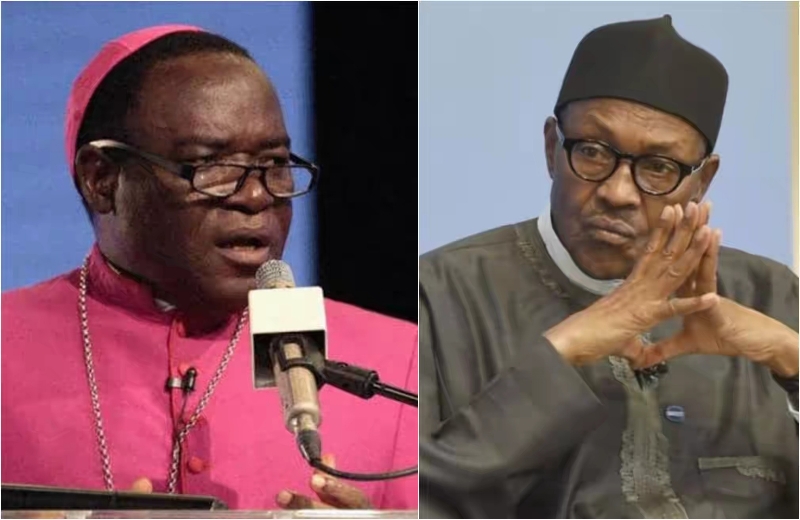 Bishop Matthew Kukah, the Catholic bishop of Sokoto diocese has slammed the Federal Government saying bomb is the only difference between Boko Haram and government.

This statement was uttered by Bishop Matthew Kukah while addressing guests at the Catholic Charity Aid to the Church in Need event in the UK.

WITHIN NIGERIA had earlier reported that a video depicting the killing of 11 Christians in Nigeria to avenge the death of Abu Bakr Al-Baghdadi who was killed in October during a US raid in Syria has been released by the Islamic State Group in Nigeria.

In his speech, the Catholic bishop of Sokoto Diocese disclosed that the inability of the Federal Government to tackle Boko Haram led to its increased operation.

“They are using the levers of power to secure the supremacy of Islam, which then gives more weight to the idea that it can be achieved by violence. With the situation in Nigeria, it is hard to see the moral basis they have to defeat Boko Haram.

“They have created the conditions to make it possible for Boko Haram to behave the way they are behaving.

“If those in authority do not do enough to integrate Christians, then they give oxygen to Islamism.

“If they have countries where everybody is Muslim in power, then you give vent to the idea that Islam should be supreme.”