Sadio Mane has been presented with a special gift from Liverpool’s sports kit giants New Balance days after winning the 2019 African Footballer of the Year.

Though the manufacturing company recently lost the legal battle to Nike to secure a new lucrative deal with the European champions. The Merseyside club will now earn up to £70million a season from their new sponsorship, depending on bonuses.

But the firm who is Mane’s official kit sponsor, wasted no time in celebrating the Liverpool striker’s achievement as the new king of African football. 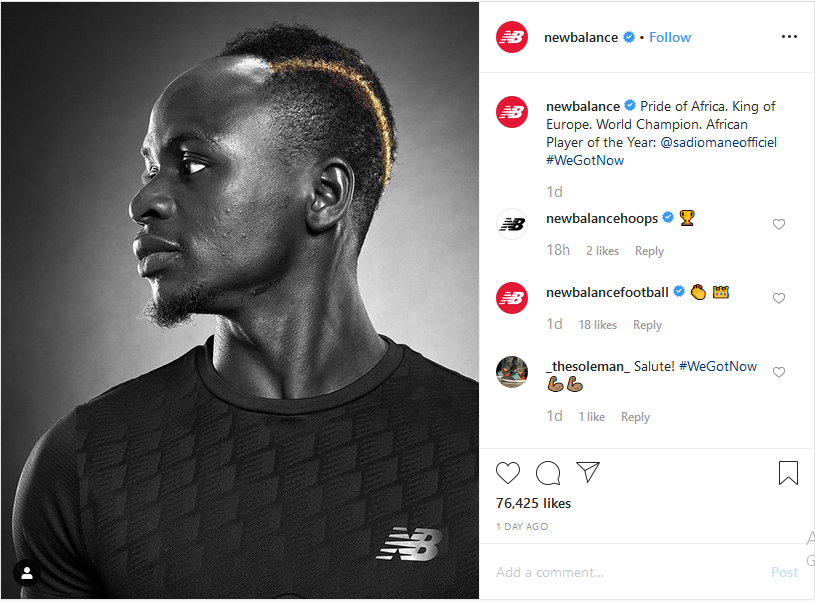 The 26-year-old will now be wearing a specially made designed boots which has special insignia design on the heel. A lion is inscribed on the boots to reflect the Senegal national team’s ‘Les Lions de la Teranga’ (Lions of Teranga) nickname.

Around the outside are the words ‘African Player of the Year 2019’ and ‘SM 10’. New Balance also unveiled billboards in Liverpool and Dakar capital city of Senegal, with an image of Mane, the slogan ‘Rise of a Lion’ and the company slogan ‘We GotSadio Mane Now’.

VIDEO: Drama as man refuses to surrender his ATM card to policemen extorting travelers with POS

Meet Anthony Joshua’s father, Robert, who stood by him as he transited from…