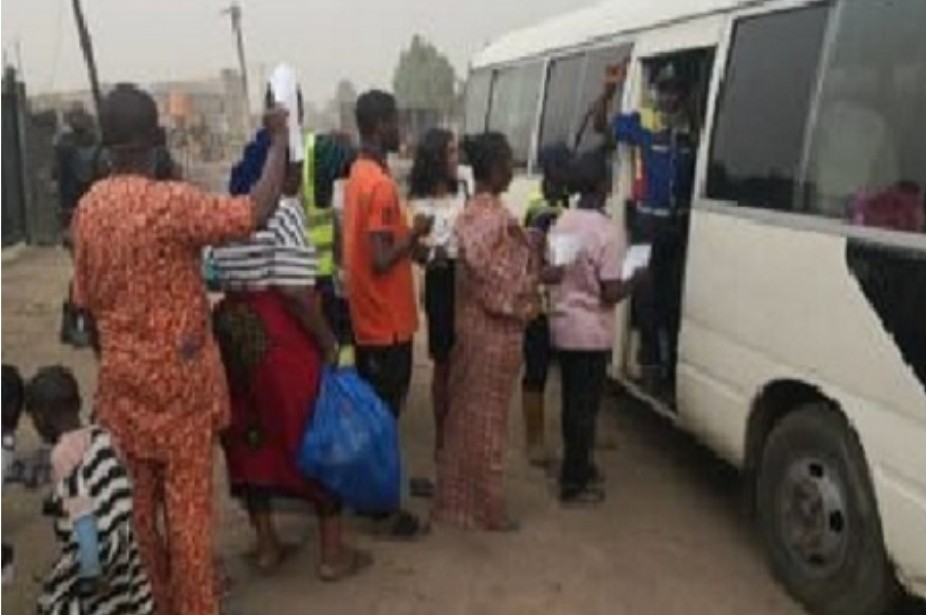 The Lagos State governor, Babjide Sanwo-Olu, has ordered the opening of the Igando Relief Camp of the Lagos State Emergency Management Authority (LASEMA) to persons displaced as a result of the Ile-Epo pipeline explosion, Abule Egba.

The pipeline explosion which happened Sunday night rendered many people homeless. Not less than five people lost their lives in the explosion, while multiple vehicles were destroyed.

A statement released by Nosa Okunbor, the spokesperson of LASEMA on Wednesday, said Mr Sanwo-Olu gave a directive that the internally displaced persons from the incident be taken to the camp at Igando with immediate effect.

Mr Okunbor said about 300 people lost their shelters as over 20 houses were burnt in the explosion.

An investigation by the agency had earlier revealed that the fire was as a result of pipeline vandalism.

The fire was, however, put out through the timely intervention of first responders and the cooperation of the Nigerian National Petroleum Corporation (NNPC), who shut supplies to the affected lines in a bid to contain the fire.

According to the statement, the opening of the relief camp is a response to the request of the Chairman of the Agbado Oke-Odo LCDA, Adeoye Augustine Arogundade, as a way of providing relief for his constituents who suffered losses.

Meanwhile, Bosun Ogunkolade has been appointed by the agency as the Head of Special Duties and Camp Commandant.

He is therefore responsible for the welfare of the about 300 displaced persons, Mr Okunbor said.