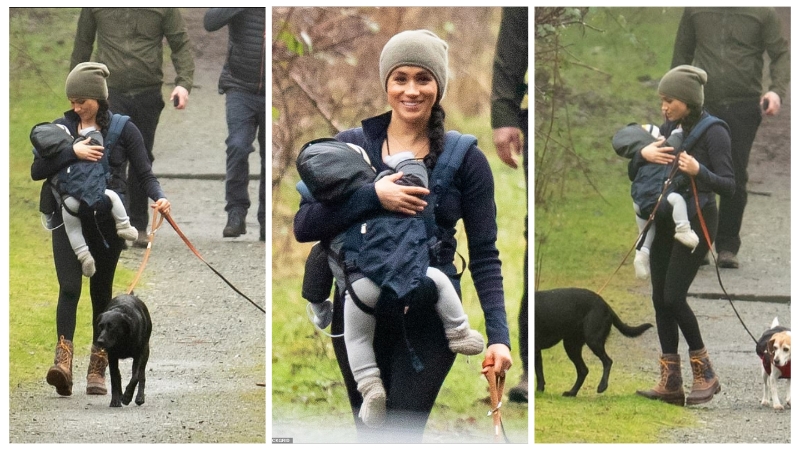 Following the photos of Meghan Markle walking Archie and her dogs in Canada that surfaced on internet, Meghan Markle has made known her intention that she is ready to sue.

WITHIN NIGERIA learnt that the Duke and Duchess of Sussex were not pleased with the pictures shared online.

In a cease and desist letter sent to British media outlets by lawyers of Prince Harry and Meghan Markle on Tuesday, January 21, it stated clearly that legal action will be taken if they publish or purchase the pics of Meghan, Archie and 2 pups out for a walk on Vancouver Island.

It was stated in the letter that there’s definitely going to be a lawsuit coming because the photos are already out there.

Several media outlets have uploaded and posted the pictures in question on Monday and these pictures are still in process.

The cease and desist letter says, “There are serious safety concerns about how the paparazzi are driving and the risk to life they pose” – a clear reference to Princess Diana’s tragic death while dodging the paparazzi in paris.

Prince Harry and Meghan Markle say the photographer who took the photos was hiding in bushes and spying on Meghan. They also say photographers have set up camp, armed with telephoto lenses, outside their home on Vancouver Island.

Back home in England, strict privacy laws protect the Royals from being photographed in public when they’re not making official appearances. But they are now in Canada so the rules may not apply there.

Rapper Speed Darlington calls out Mr Eazi over affair with Temi Otedola, proposes to use voodoo on Dj Cuppy