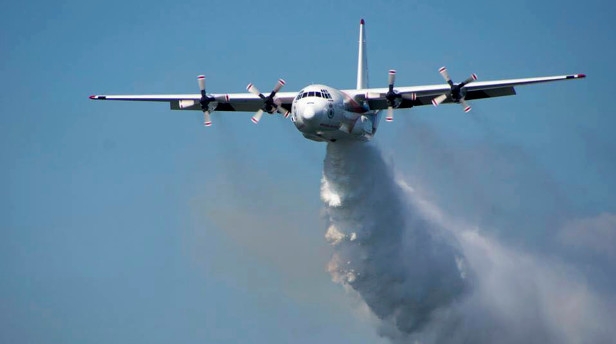 Tragedy as three US fire fighters have been reportedly dead while battling a huge bushfire in Australia.

WITHIN NIGERIA learnt that the fire fighters lost their lives when the C-130 tanker they were flying crashed in the southern section of the country on Thursday, January 23.

According to local officials, the firefighters were killed in the crash after leaving the town of Richmond in the New South Wales state on a firebombing mission around the Snowy Mountains.

Rescue crews rushed to the area on Thursday afternoon but found no survivors among the wreckage. The bodies are yet to be recovered.

“Unfortunately, all we’ve been able to do is locate the wreckage and the crash site and we have not been able to locate any survivors,” Rural Fire Service Commissioner Shane Fitzsimmons said after the crash.

[The aircraft] impacted heavily with the ground and initial reports are that there was a large fireball associated with the impact of the plane as it hit the ground.’

There is no indication at this stage of what’s caused the accident,’ he said.

New South Wales Premier Gladys Berejiklian tweeted about the tragic deaths and offered her condolences to the families of the victims in the wake of the accident saying: “Out of respect for the three US firefighters who lost their lives operating a Large Air Tanker, flags will fly at half-mast in NSW tomorrow,” Berejiklian wrote.

Our thoughts are not just with family and loved ones but for anyone who feels impacted by what has unfolded this afternoon,’ she said.

‘We can’t thank enough people who continue, notwithstanding the conditions, to put their safety at risk to protect lives and property of others.’

‘It demonstrates the dangerous work currently being undertaken and the conditions that our firefighters are working under.

Nigerian student in Australia arrested in attempt to collect another $170,000 after a…