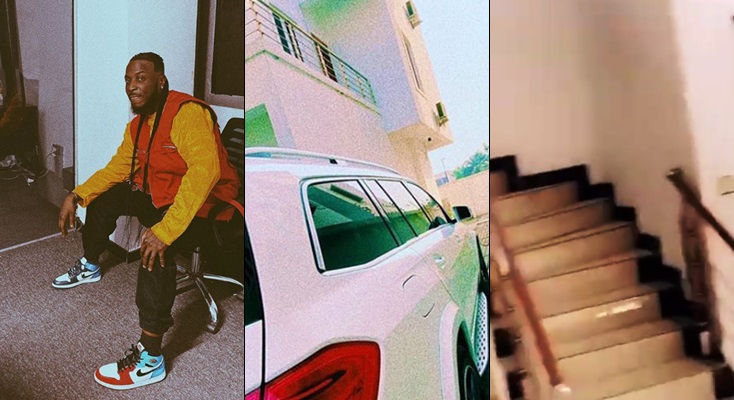 Nigerian songwriter and recording artiste, Peruzzi, has bought himself a house in Lagos.

The singer unperturbed about the recent rumour that alleged that he is the pimp of Chioma, took to his Instagram stories to show off his newly acquired property.

Recall that Executive Record Producer GoldenBoy Entertainment, King Patrick, recently took to social media to call out one of his signed artistes, Peruzzi, whom many believed was signed on to Davido’s DMW label.

Patrick, who appears to be disappointed with the singer, said he took Peruzzi as a brother, fended for him, got him accommodation, clothed him and signed him on to his record label because he seemed to have a passion for music more than his med school.

Well, things took another turn after Peruzzi appeared to the world like he was signed on to Davido’s DMW records and this did not go down well with King Patrick.