A Nigerian man has been tagged a pedophile after he begged to be introduced to a 14-year-old female student.

A teacher on Twitter put up a post where his students were wishing him a happy birthday and the man reached out to the teacher begging to be introduced to one of the students.

When he was told that the girl is only 14, he didn’t back down. Instead, he said he can’t stop thinking about her.

A screenshot of his messages were shared online and Twitter users pounced on him after reading it. 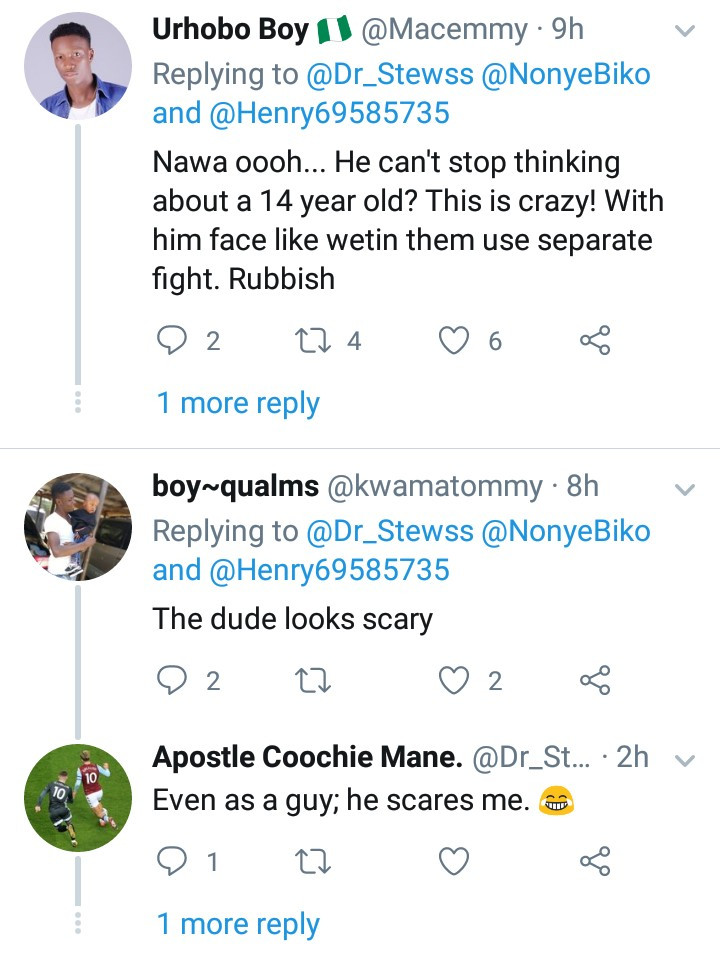 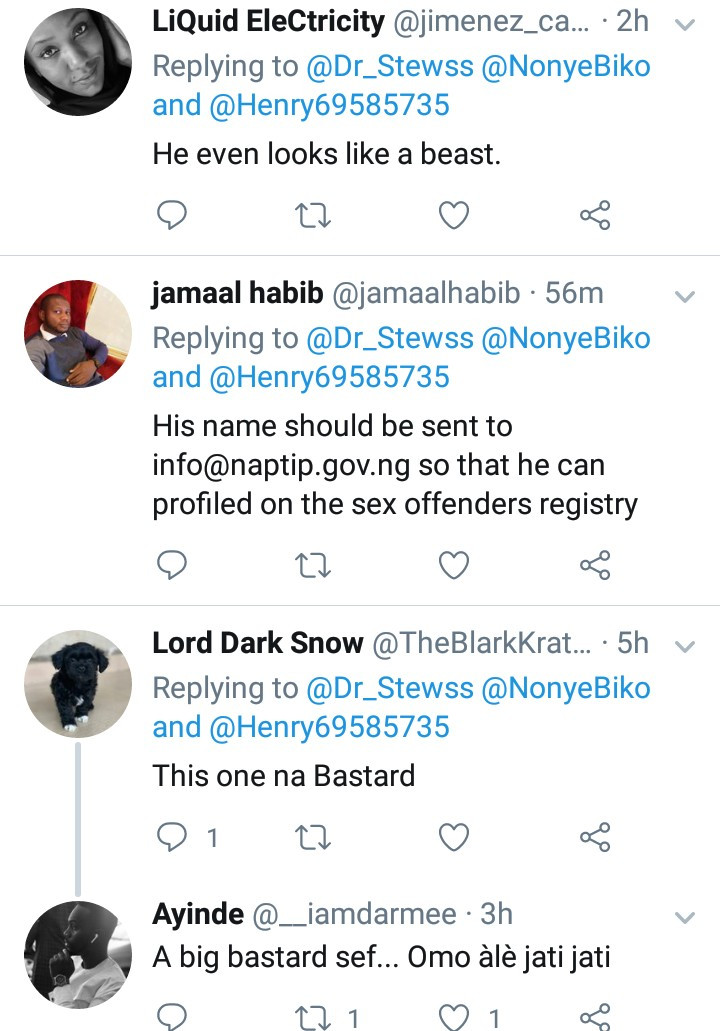 In other gist, a Nigerian man has narrated his unenviable ordeal on Twitter, about his male friend who ended up sleeping with the girl he introduced to him.

According to him, the story started when he saw the lady’s picture on his friend’s page, he got attracted, begged for her number, and his request was granted.

He chatted her up, they got talking and BOOM!! It clicked! The relationship began. Months into the relationship, he began to notice strange and unusual movements, which he waved aside at first.

As time passed, she posted a clip on @lynkkupwithjameson, and he saw the same nigga that introduced her to him, rocking and making out with her.