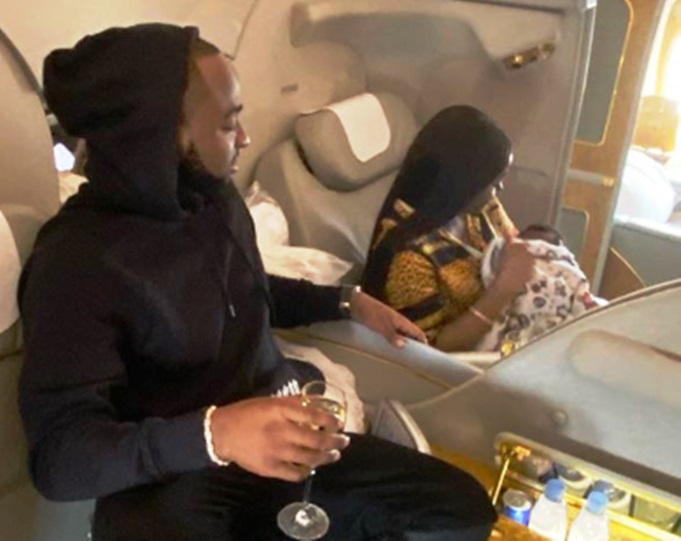 Singer and proud father, Davido has been spotted in a private jet, with Chioma and their son as they head to Dubai for his Brother’s wedding.

Davido and his family are heading to Dubai for his brother’s wedding scheduled for February 2nd. Chioma was seen carrying Ifeanyi as they both looked away from the camera.

Sharing a photo, he wrote:

This could just be another clue telling fans that all is well with the couple after all the rumours about a breakup.

‘My childhood friend who forgot me after stardom’, Man calls out Kelechi Iheanacho