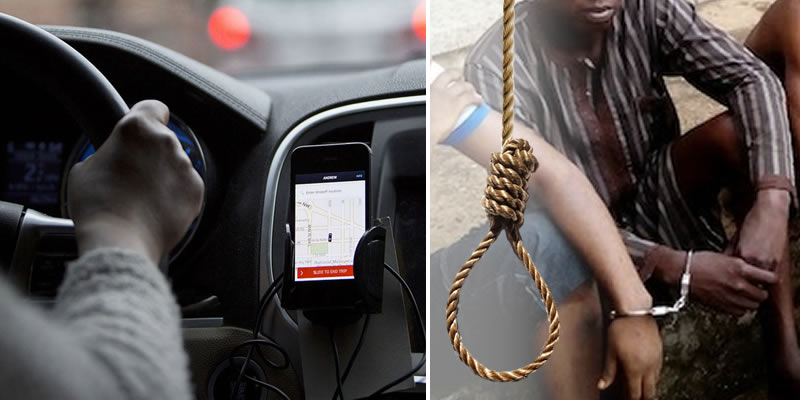 An FCT high court today (Thursday), sentenced one Mr Obinna Echanu to death by hanging for killing an Uber driver.

According to reports, Obinna was standing trial alongside one Mr Everly Nnerun for allegedly conspiring to kill the Uber driver identified as Edwin Ali on December 26th, 2016 along the Abuja airport road.

The accused were charged with five counts which include armed robbery, conspiracy, illegal possession of firearms and culpable homicide.

Delivering his judgment, Justice Peter Kekemeke discharged and acquitted Nnerun for lack of evidence by the prosecutor, which is the Nigerian Police, but convicted Echanu and sentenced him to death by hanging as his counsel failed to prove his innocence before the court.

Best years of my life, says Ebuka Obi-Uchendu as he celebrates 4th wedding anniversary with wife

Landlady dies after being pushed by her tenant during an argument