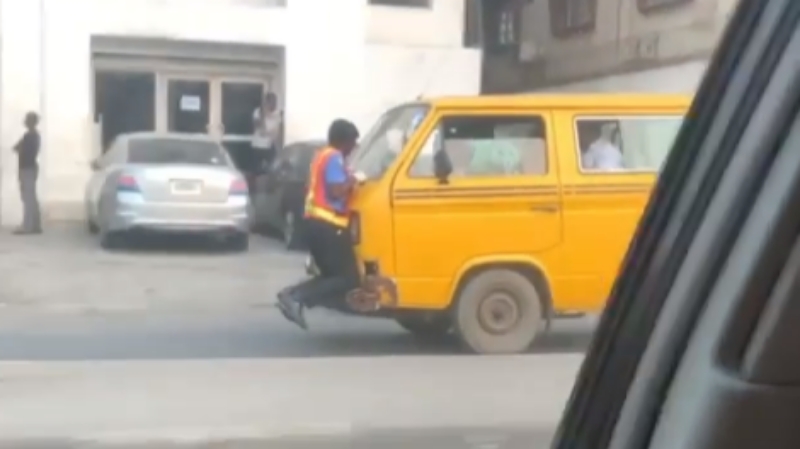 A viral video of a policeman clinging to the bonnet of a Danfo (a commerical bus) after its driver sped off has surfaced online.

This video surfaced online barely hours after a Nigerian man identified as Nmutaka Chikwendu narrated how he was harrased by police officers for riding power bike in Lagos.

The video was uploaded by an Instagram user @theaplhaleke who captioned the said video as follows;

“Earlier today in sabo, yaba; what do you think happens when you refuse pay for officer’s lunch? Me I’m just saying oh… who knows, that asshole might actually committed a traffic offense”