Nigerian music star and record label boss,  Kizz Daniel recently left his followers on Instagram gushing, after he posted a photo showing off his garage.

The Flyboy Inc boss, was seen striking a post with three of his super expensive luxury rides. However, aside from showing off his cars, the Jaro crooner also had a hilarious caption that accompanied his post. 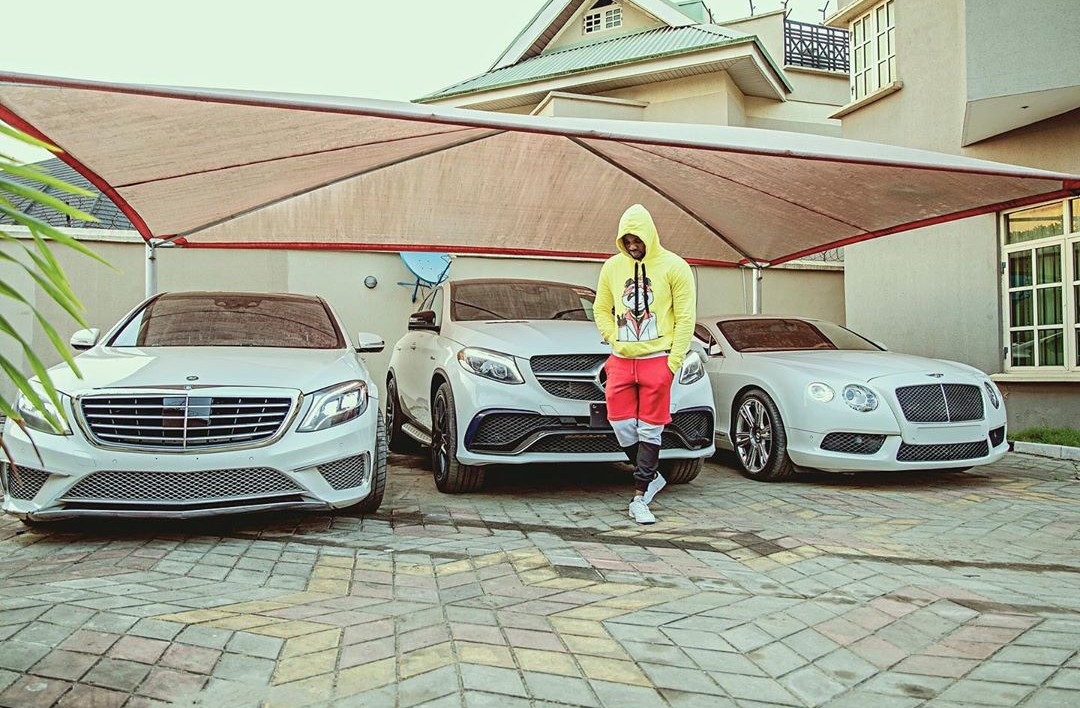 “His beauty is too peppery”, Ladies gush over BBNaija housemate, Ozo

As expected, his followers flooded his comment section with reactions to his post. A particular IG user prayed the lord to elevate his status so as be able to post a photo like that in the following year.

The user said: “Mehnnn I am taking this kinda picture by this time next year!”

skiibii: “loke loke OSH”
nelson_babadon: “Triplets in accordance”
iamsmade: “Love this”
chisom_faith_fransisca: “Just dash me the car in the middle”
blarkraimez: “All white. Keep it up my son”
alexsunny419: “The day I ll meet you @kizz.daniel_ …..one on one …..na there you go no know say …man dey get man crush”
iamjoyrobert: “Boyfriend will later become a Husband and na fine material issokay”