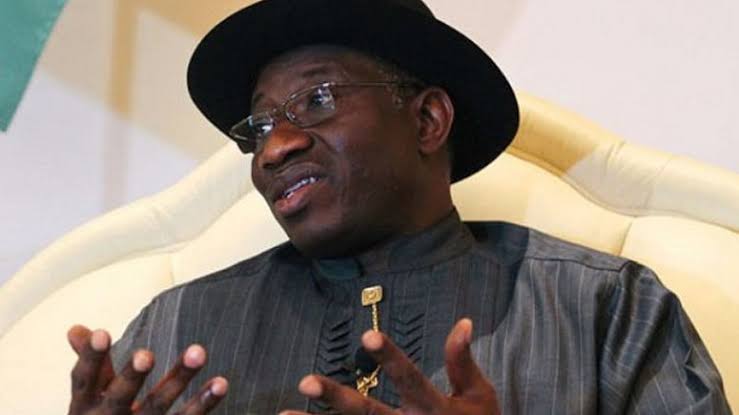 Jonathan in a statement signed by his media aide, Ikechukwu Eze, said: ‘’We read media reports credited to the former boss of the Economic and Financial Crimes Commission, EFCC, Mrs. Farida Waziri, in which she claimed in her new book that she was removed from office by ex-President Dr. Goodluck Ebele Jonathan, because of her probe of some oil racketeers.

‘’We thought we had dealt with this matter, after promptly debunking similar statements she made in the past. In 2017 when she claimed that she lost her job because she “refused to back down from the probe of one of the masterminds of the fuel subsidy scam”, we quickly refuted and clarified the claim for the records, and even challenged her to name the individual or company in question.

‘’We had expected that a book from Mrs. Farida, coming years after the claim was first made, should have towed the path of honour by telling the truth for the benefit of history. Unfortunately, that still didn’t happen.

‘’It will be recalled that after assuming office as President on May 6, 2010, Dr. Goodluck Jonathan decided to retain Mrs. Waziri, who was appointed by his predecessor, late President Umaru Yar’Adua, as the head of the elite anti-crime agency.

‘’Despite obvious disenchantment from many Nigerians and mounting international pressure against Mrs. Waziri’s continued stay in office, the former President stood by her, in line with his conviction that every public officer should first be given the opportunity to deliver on his or her mandate.

‘’Her removal, therefore, has a lot to do with reasons relating to Nigeria’s interest and global standing which details Dr. Goodluck Jonathan is obliged to keep as state secret in our common national interest.

‘’It is very important to note that when dealing with the interest of the nation and the performance of the functions of a public office, a determined leader cannot prioritise the interest of an individual.

‘’It, therefore, bears repeating here that Mrs Waziri’s removal as chairperson of EFCC had absolutely nothing to do with her purported refusal to desist from probing any oil individual.”

‘’This claim sounds rather superficial and contradicts available evidence of the then government’s genuine efforts to combat oil subsidy racketeering.

‘’It is noteworthy that throughout President Jonathan’s tenure, he made practical efforts to combat the alleged oil cabals, including directing the stoppage of further payment of fuel subsidy claims to oil importers, and the setting up of the Aigboje Aig-Imoukhuede-led committee which had high level representation from all the intelligence agencies including the EFCC, with a mandate to thoroughly investigate the scandals in the industry.