Two Nigerian drug pushers have been arrested by security operatives in faraway Philippine.

Joint Philippine Drug Enforcement Agency (PDEA) and Philippine National Police operatives seized around 10kilograms of methamphetamine worth PHP68 million (about N489million) from two suspects in a buy-bust operation in Quezon City on Tuesday.

The suspects are identified as Nigerian Lawrence Ikegwuruka Obinna, 27, and and Malagasy Michaella Agustine, 23, both residing at the same address in Cavite.

Maj. Gen. Debold Sinas, chief of the National Capital Region Police Office (NCRPO), said both suspects, who were put under surveillance for three months, were arrested around 10 a.m.

Both will be facing non-bailable charges for trafficking and possession of dangerous drugs under Republic Act 9165 or the Comprehensive Dangerous Drugs Act of 2002. 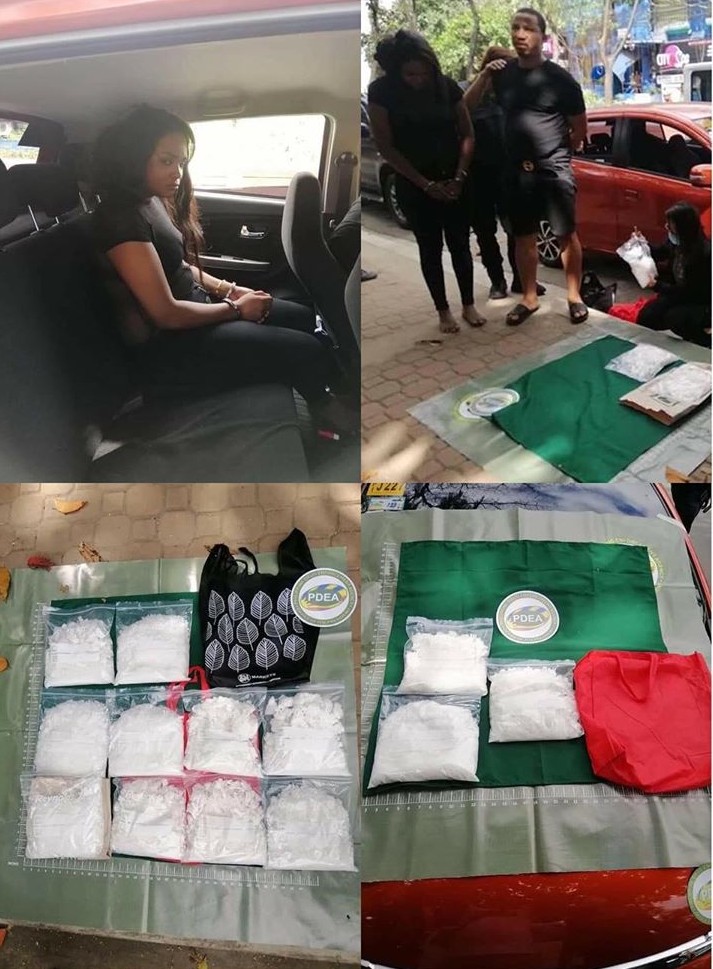