Anthony Joshua shared an adorable photo of him spending time with his son Joseph Joshua.

The world boxing heavyweight champ is having a good time, his last match against Andy Ruiz ended in victory. He disclosed that the fight was his second favourite in his career. His victory over Klitschko was his No1 due to his respect for his opponent.

In the photo taken in the pool, Anthony tossed his son high in the air. The professional boxer went on to declare his love for his son, writing: 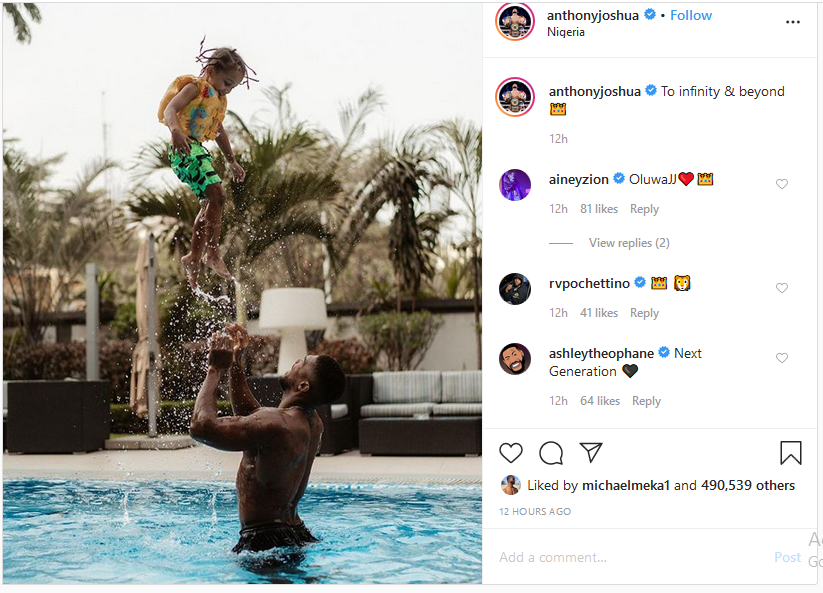 In other news, the world heavyweight champion, Anthony Joshua, while presenting his titles to President Buhari, prostrated before him as a sign of respect to the number one citizen of Nigeria.

Joshua was photographed presenting his IBF, WBA, WBO, and IBO titles to Buhari.