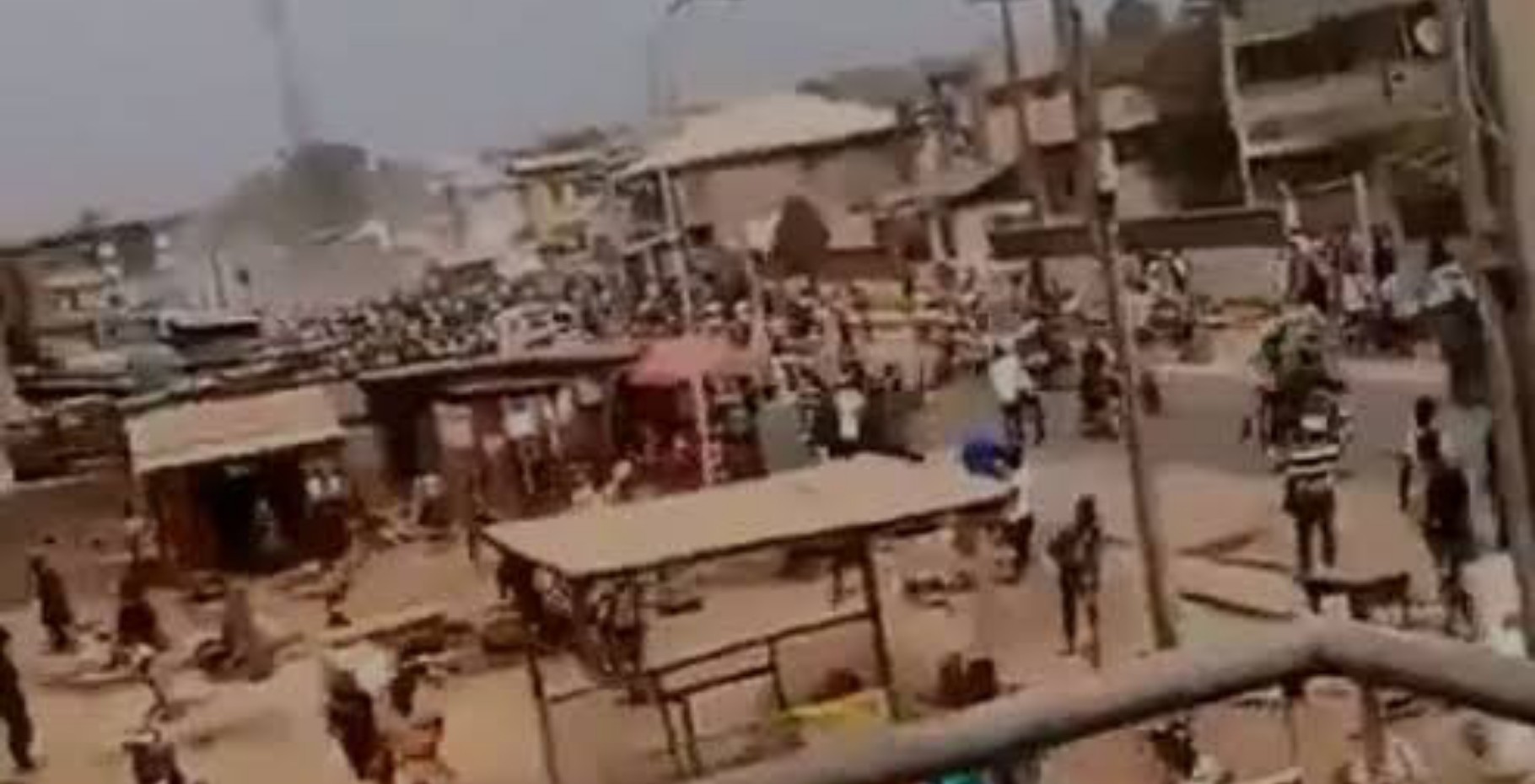 Five persons, including two police men were feared dead aftermath of the protest by residents of Sagamu in Ogun State over the death of the assistant captain of Remo Stars Football Club, Kazeem Tiyamiyu, on Monday.

The protesters initially approached the palace of the Akarigbo and Paramount ruler of Remoland, Oba Babatunde Ajayi, where the monarch and a former governor of the state, Otunba Gbenga Daniel, addressed them.

The residents thronged the streets to exercise their displeasure against the death of the footballer popularly called “Kaka”.

The protest however turned bloody after policemen deployed to quell the situation allegedly opened sporadic fire on protesters and threw teargas canisters on the crowd.

It was gathered that three civilians were hit by stray bullets and two of them allegedly died on the spot while the third person passed on while being rushed to the hospital.

The mob were said to have descended on the policemen, allegedly killing two of them in retaliation while bonfires were set along major streets causing obstruction of movement.

But Police Commissioner (CP) Kenneth Ebrimson denied the policemen opened fire on protesters, insisting the cops resisted the use of force despite provocation from miscreants who took advantage of the protest.

“Not a single bullet was fired by policemen. I am in Sagamu as I speak to you.

‘’We have since addressed the protesters and calmed them down. They dispersed quietly.

“What happened is that some miscreants tried to take opportunity of the protest to cause trouble in the state.

“They were the ones who tried to burn down the police station but we dispersed them. We did not fire any shot despite the provocation from them.

“We know some people were trying to push the police to the wall so that they will say see what has happened. That was why there was strict instruction on the men not to use force.

“We have taken control of the situation. The responsible protesters were addressed and assured that the team that arrested the footballer was already in detention and undergoing internal disciplinary actions.

“We did not arrest anyone because as it is, we are applying diplomacy to avoid escalating issues.

“We have said it before that the policemen that arrested him are not SARS operatives. They were of the Zonal Intervention Squad and have been arrested,” he said.

Also, the Assistant Inspector General (AIG) in charge of Zone II comprising Lagos and Ogun States, Ahmed Iliyasu, condemned the incident that led to Tiamiyu’s death assuring that the matter would be duly investigated.

He warned that officers found wanting in the discharge of their police duties would be sanctioned appropriately.

Commiserating with the family of the deceased footballer, Remo natives and Ogun State in general, Iliyasu sued for calm, adding that the cops involved were already undergoing orderly room trial.

“I will not tolerate any act of indiscipline, unprofessionalism, indolence and disregards to human rights and the rule of law by officers and men of the two commands under my watch.

“We assure all citizens of the two states continuous protection of life and property as enshrined in all our extant laws. The Ogun State Police Commissioner has commenced investigation into the incident,” he said.

Watch video from the bloody protest: