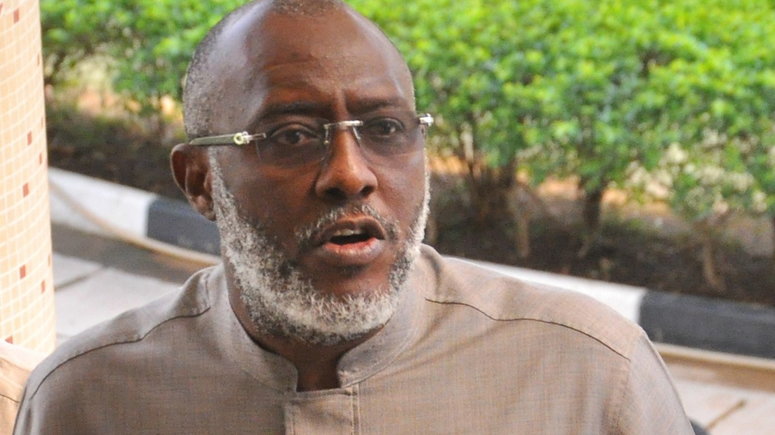 A federal high court in Abuja has found Olisa Metuh, a former spokesman of the Peoples Democratic Party (PDP), guilty of money laundering.

The Economic and Financial Crimes Commission (EFCC) had arraigned Metuh on seven counts of money laundering for allegedly receiving N400 million from the office of the national security adviser.

The court has pronounced him guilty on all counts of money laundering.

Defending himself on count one, Metuh had argued that he was unaware that the N400 million formed part of the proceeds of crime.

He said as of the time the money was paid into his account in November 2014, there was no criminal charge against Sambo Dasuki, former NSA.

Metuh submitted that he did not know that the money paid into the account was from the office of the national security adviser. He insisted that it was Goodluck Jonathan, former president, who authorised the payment of N400 million for him to carry out issues of national importance.

Money laundering: Ndume explains why he agreed to stand as surety for…

But Okon Abang, the judge, in his judgment, said: “I have my doubts if the first defendant is telling the truth in this matter”.

The judge said Metuh must have received a bank alert notifying him of the transaction, and that the prosecution had also tendered the notice of alert (exhibit D28) as evidence before the court.

“It is in my firm view that as at November 24, 2014, the first defendant had actual knowledge of the inflow from ONSA in the account of the second defendant,” Abang held.

Abang held that Metuh’s evidence was not corroborated by the former president who refused to come to court to give evidence despite being subpoenaed. He said even Dasuki who came to court to testify as a witness claimed to have lost his memory.

“I think the prosecution has proved the ingredients as regards count one,” he said.

“The first defendant is hereby found guilty of count one and accordingly convicted.”

On count two, the court found Metuh guilty of converting the said sum which was meant for national security to fund the campaign activities of the PDP.

Abang also found the former PDP spokesman guilty on counts three and four where he is accused of using part of the money for PDP campaign in the build-up to the 2015 general election.

One of the witnesses in the case had testified that Metuh paid him N25 million for media advocacy.

On count seven, the EFCC accused Metuh of transferring N21.7 million from the account of Destra Investment Limited into the account of Anthony Anenih, a former minister of works and housing.

Metuh said the money paid to Anenih was to help him rent office space in Asokoro, Abuja. He said the EFCC failed to prove that the money had an illicit origin.

Abang also dismissed Metuh’s argument that Dasuki ought to have been found guilty in his own trial before the prosecution could prosecute him and his company.

You came at a time Nigeria needed you most, proud citizen hails ‘mother’ Sadiya Farouq in open letter

Nigerian Army @ 157, the role  of corporate social responsibility in the fight against insurgency