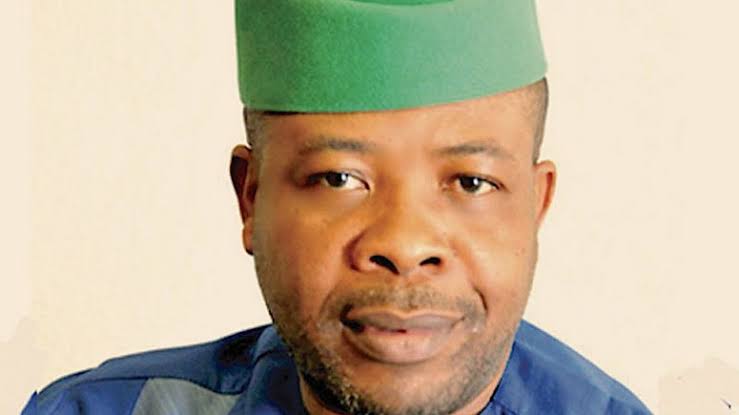 The Peoples Democratic Party (PDP) has expressed its dissatisfaction over the Supreme Court’s refusal to reverse itself and return Emeka Ihedioha as the Governor of Imo State.

The party said the decision of the court on the review application filed by Ihedioha was a disconcerting endorsement of electoral fraud.

This was contained in a statement by its spokesman, Kola Ologbondiyan, in reaction to the dismissal of the application by the apex court.

WITHIN NIGERIA reported on Tuesday that the apex court, in a majority verdict of six of the seven-man panel, sustained the removal of Ihedioha and his replacement by Senator Hope Uzodinma of the All Progressives Congress (APC).

The party commended Justice Chima Nweze, who dissented from the other six jurists, saying that he presented a glimpse of hope for the nation’s judiciary.

PDP’s statement added, “Our party abides completely by every word of the judgment of Justice Nweze as treated facts, which are truly sacred.

“Justice Nweze’s pronouncement, which went straight into the substance of our application, represents a universal view about the travesty of justice that occurred in the Imo state governorship election judgment.

“It is indeed unfortunate that the Supreme Court had the wholesome opportunity to redeem itself and correct its errors, but chose to hide behind a technicality to justify and endorse an electoral fraud.

“What Nigerians expected of the Supreme Court, since the error in its earlier judgment had been fully established, was to summon the courage to affirm its infallibility by correcting the errors and handing over victory to the rightful winner. Sadly, it failed to do so.

“For the avoidance of doubt, what the Supreme Court had done in this judgment is to uphold and legalize the writing of election results by individual contestants against the will of the people as expressed at the polls.

“As a party, we hold that on this judgment, all election stakeholders must rally to create remedies for this pathetic situation created by the Supreme Court in the Imo governorship election before our entire electoral process becomes vanquished.

“This judgment will continue to haunt the Supreme Court. It has created a burden of precedence and fallibility on the Court.

“More distressing is the fact that the judgment has heavily detracted from the confidence Nigerians and the international community reposed on the Supreme Court and our entire jurisprudence.”