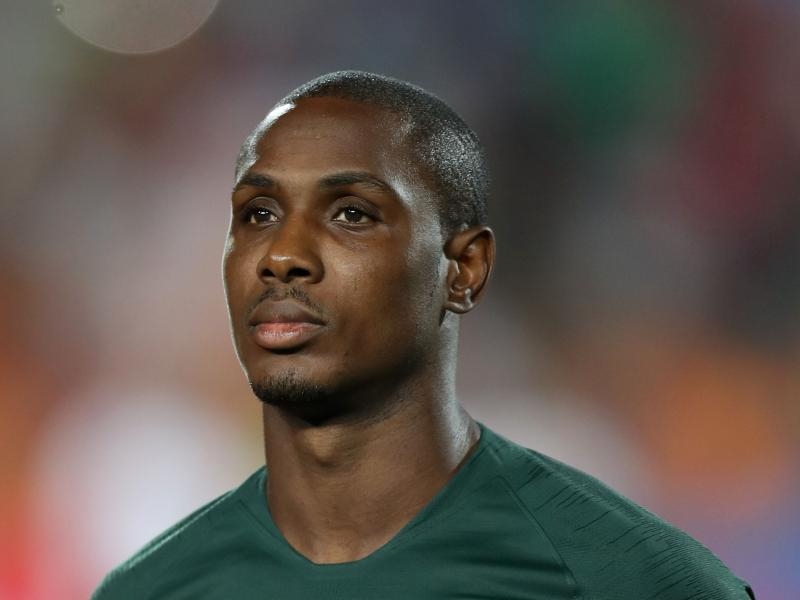 By Adebiyi Chioma On Mar 8, 2020
Share FacebookTwitterWhatsAppReddItPinterestEmailLinkedin
The 30-year-old Manchester United striker, Odion Ighalo, has disclosed the extent he went in order to watch the club, when he was a young a boy.

Odion Ighalo who saw his dream come to reality when he moved from Shanghai Shenhua to to Old Trafford in January, revealed in a new interview, how he grew up in Ajegunle, saving his lunch money just to watch his dream club and how his dream became a reality.

“I know many footballers say that, when they sign for a team, this is my dream team. Respect to that but my own case was different,” he told Sky Sports.

“I grew up in Ajegunle, which is like a ghetto and it was very difficult there. When it would get to the weekend, everybody was excited because they wanted to watch Man Utd play.

“Back then, they also had an association of Man United fans so there would be a meeting once a week to talk about Man Untd, like a little fan forum. When I remember all that now, I laugh and say: ‘Wow, from Ajegunle to the Theatre of Dreams.’ It’s a great moment for me and I’m enjoying every bit of it.

“It is the happiest moment of my life, playing for my dream team, the team I supported when I was young.”