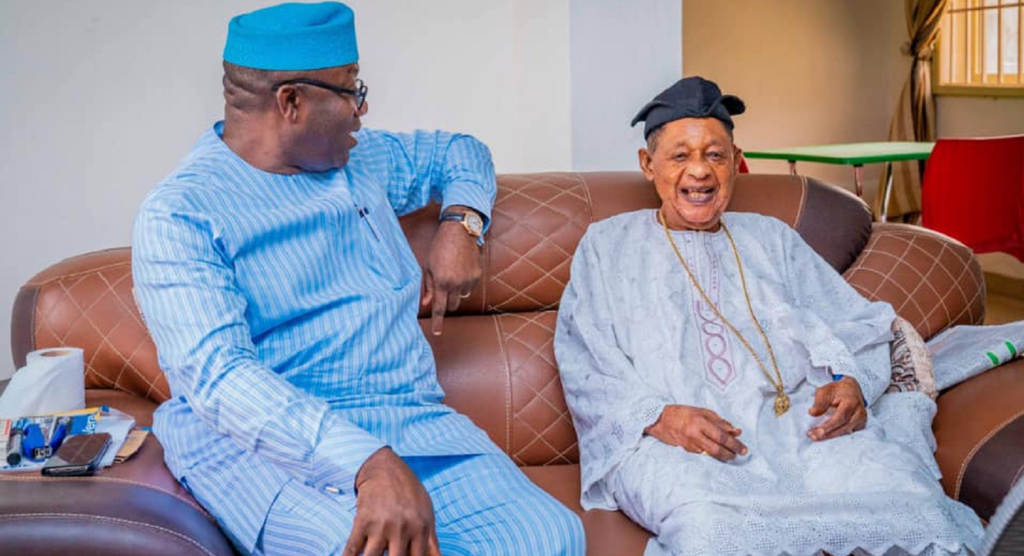 The Ekiti State government shared the pictures of the governor in the palace of the monarch on its Twitter handle.

Recall that Oba Lamidi Olayiwola Adeyemi had last week forwarded a warning letter to the Ekiti governor, Fayemi over the recent query sent to 16 monarchs in the state.

WITHIN NIGERIA reports that the state government had earlier issued ‘administrative letter to no fewer than 11 first class traditional rulers over alleged non-cooperation with the government and the leadership of the state traditional council. 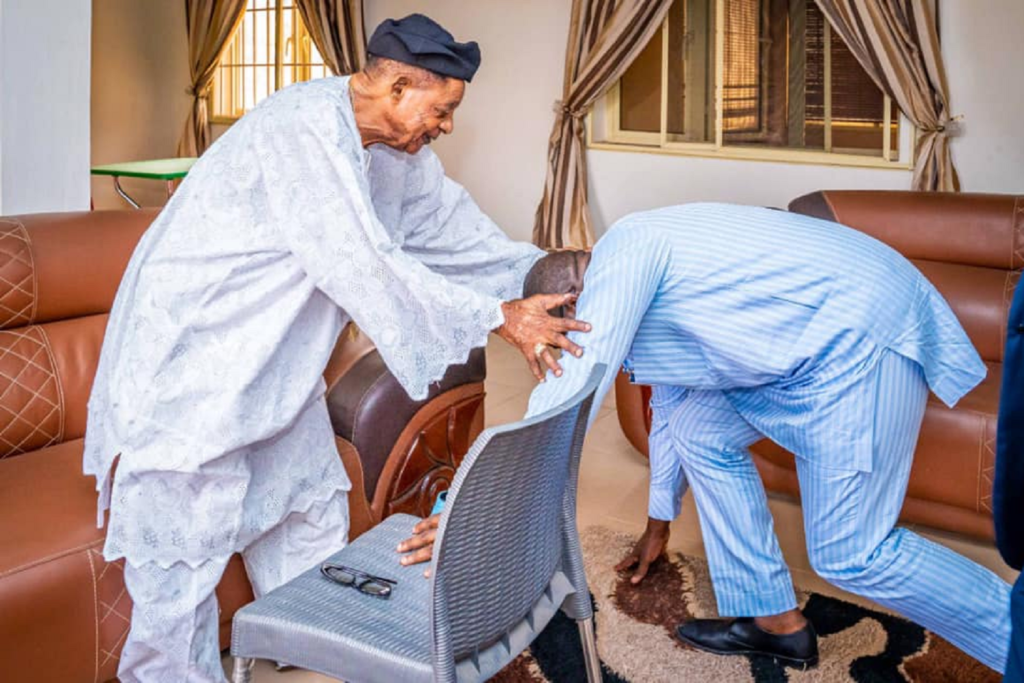 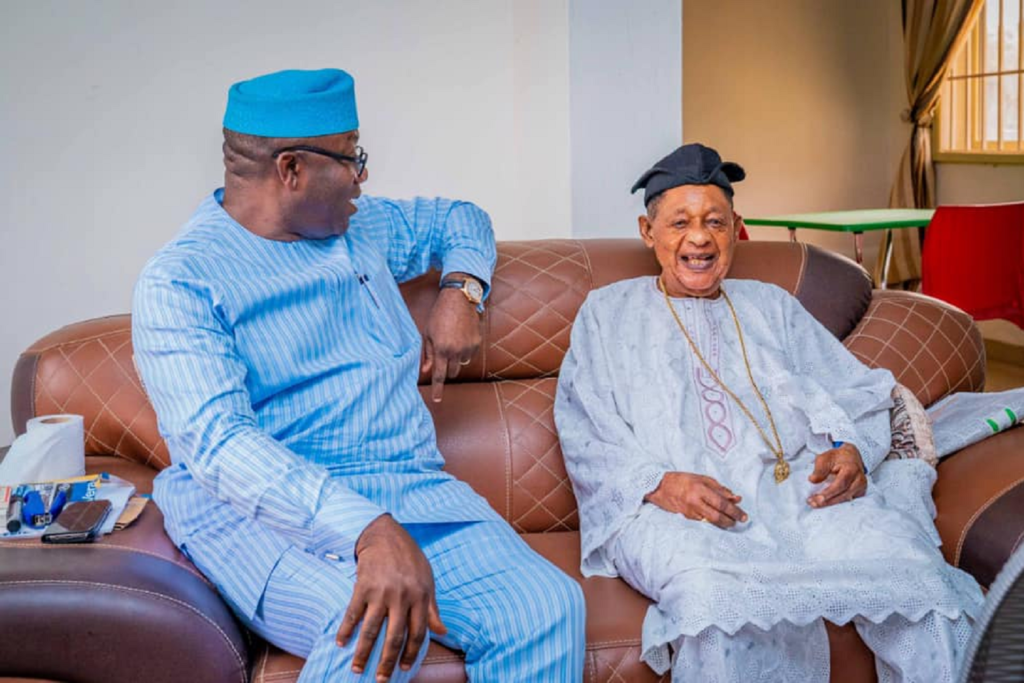 I’m not Afraid of Probe — Fayemi 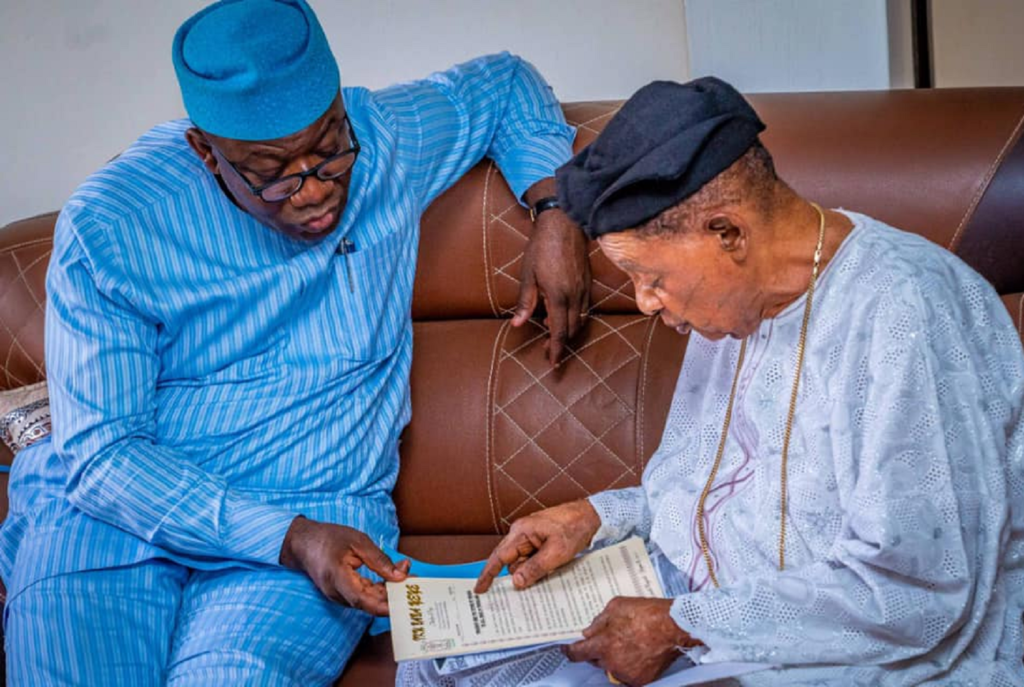