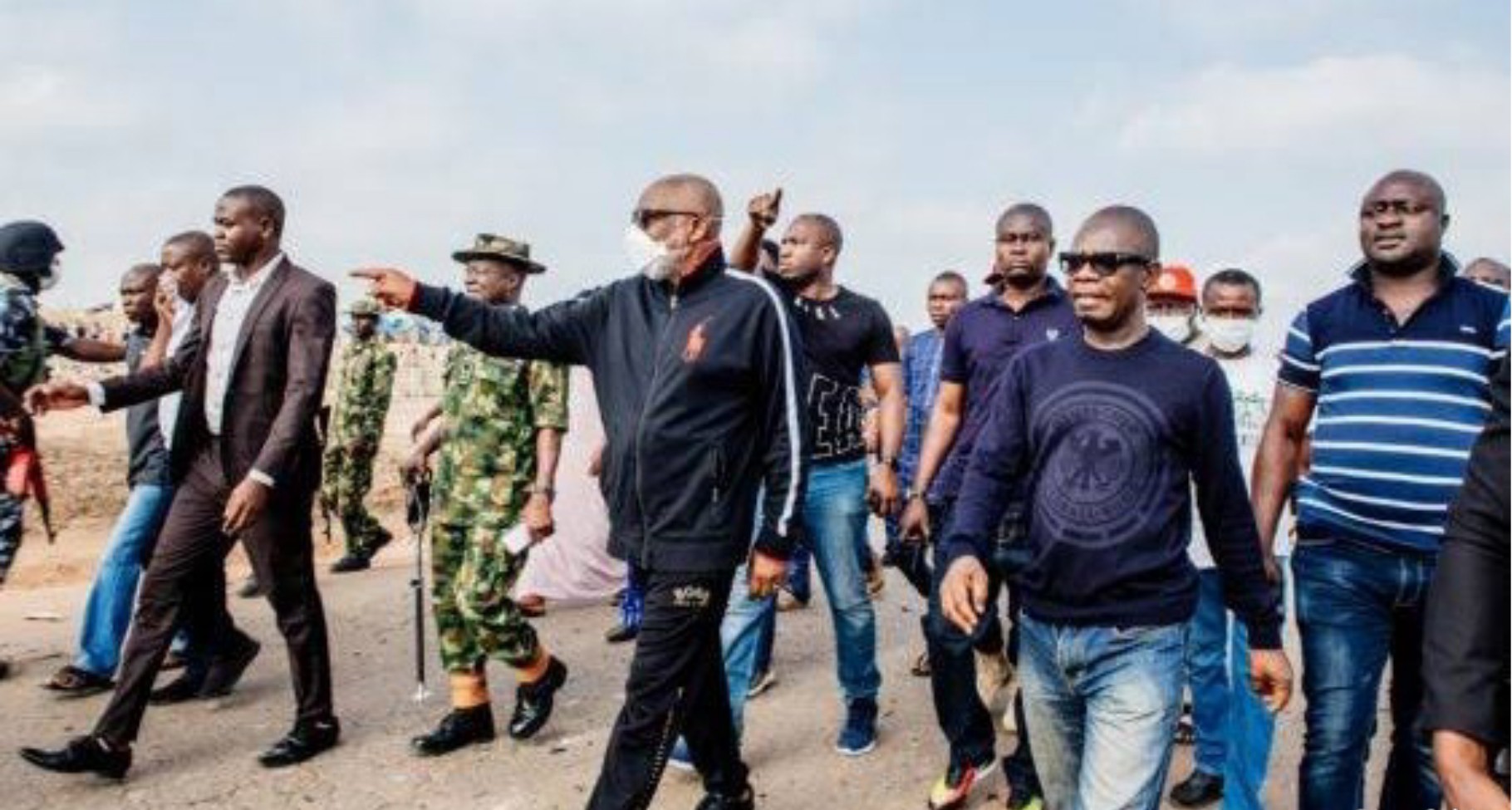 Ondo State Governor, Rotimi Akeredolu, has said a vehicle moving improvised explosive devices to a nearby state caused the explosion that rocked Akure, the state capital.

WITHIN NIGERIA recalls that the explosion which occurred in the early hours of Saturday split the Akure-Owo Road into two, destroying several buildings.

Akeredolu, who inspected the scene of the explosion on Saturday, said he was briefed by security chiefs.

He explained that the vehicle was in a convoy heading to a storage facility in a neighbouring state when it broke down along the Akure-Owo Road, some 2km to the Akure Airport.

The governor said the explosion, which destroyed over several building, happened in the process of fixing the vehicle.

He said the state would commence work on creating an alternative route for commuters due to the importance of the split Akure-Owo road.

He said, “I have been briefed by the security chiefs that in the early hours of Saturday, March 28th, a vehicle in a convoy transporting explosives to a storage facility in a neighbouring state developed a fault while in transit along the Akure Owo Road about 2km from the Akure Airport.

“Security personnel and other individuals transporting the ordinances noticed smoke from the vehicle. After several attempts to extinguish the resulting fire failed, the vehicle and its consignment ignited causing a massive explosion that was felt in Akure and its environs.

“Presently, efforts are being made to ascertain if there are casualties.

“I have directed that the area be cordoned off to allow the explosive ordinance department/bomb squad to extricate the vehicle buried underground because it is unclear if there are still explosives that are yet to be detonated.

“I have instructed the State Ministry for Works to commence the rehabilitation of the alternate route, a rural road through Iluabo, due to the importance of the Akure-Owo Road. We will also engage the Federal Government on how to fast track the repair of the damaged portion.

“Everything is under control and I will be updating the public on any new developments.”

He warned the people of the state to stay away from the spot where the vehicle exploded, advising them to maintain a respectable distance to avert another disaster should another explosion recur.

“Do not also forget that coronavirus is in the country. I thank God that there has not been any recorded case in Ondo State,” he added.