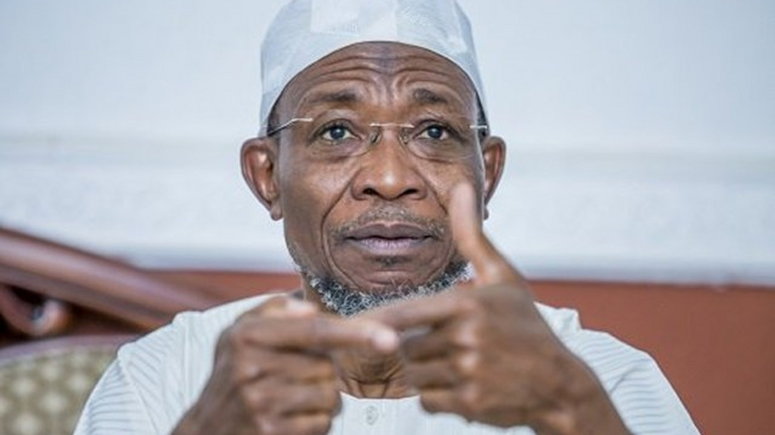 The Minister of Interior, Rauf Aregbesola, has said it is embarrassing to deny citizens entry into the country, despite increasing cases of COVID-19 in Nigeria.

Mr Aregbesola while fielding questions from journalists at the Presidential Taskforce briefing on Thursday said every citizen has the right to return to his fatherland “at any time”.

”Every citizen of every nation has the right to return to his fatherland whenever he or she wishes regardless of the situation, even at war,” he said.

Nigerians have raised concerns over the entry of 127 returnees from Cote d’Ivoire last week out of which 12 tested positive to the COVID-19 virus.

The returnees, mostly from Abidjan, Cote d’Ivoire’s densely populated economic capital, had returned home to avoid the planned lockdown of the city by the Ivorian government.

Following the record of the first death out of 165 cases in the country as of Saturday, the government locked down the city on Monday, barring movement except for people on essential duties.

The Nigerian government as of March 18, placed restrictions on international travels by closing the airport and land borders to contain the spread of the disease in the country.

However, some persons have reportedly returned into the country through the land borders.

On Friday, Ogun State Governor, Dapo Abiodun, reached out to Governor Adegboyega Oyetola of Osun, informing him of six buses conveying indigenes of the state, who were stranded at the state’s boundary with Benin Republic.

The development, was a result of the closure of all international entry points to the state by the state government.

According to a statement issued on Saturday by Osun State’s commissioner for information, Funke Egbemode, Mr Oyetola was appreciative of the support granted the returnees, “who were not only allowed access to pass through the state but were also escorted by security operatives from the state.”

The returnees, mostly from Abidjan, Cote d’Ivoire’s densely populated economic capital, had returned home to avoid the planned lockdown of the city.

Following the record of the first death out of 165 cases in the country as of Saturday, the government locked down the city on Monday, barring movement except of people on essential duties.

Ismail Omipidan, the chief press secretary to the Osun governor, had told newsmen that on their arrival in the state, the returnees were led to their hometown, Ejigbo, “but restricted from mingling with the people as they were camped separately”.

“The 127 of them were camped within the dormitory of a high school in the town and they were barred from moving out of the camp. The government has since been responsible for their welfare while their samples were taken for screening for the coronavirus disease.

“However, on Monday evening, results of 24 out of the 127 samples taken indicated that three were already positive. So as at Tuesday, we were still awaiting the results for the remaining 103.”

Checks revealed that late Tuesday when the results of additional 47 of the 103 returnees were released by the accredited testing centre at the Redeemed University, Ede, nine more tested positive, increasing the number of confirmed cases in the state to 14.

During Thursday’s briefing, Mr Aregbesola said the Nigerian government signed an international treaty “that says no human being is stateless”.

”We have signed into an international treaty that says no human being is stateless,” he said. ”We cannot deny our citizens entry into our nation. If we do that it will be embarrassing and not speak well of our nation.”

He also said measures are in place to ensure every returnee is isolated upon arrival.

“It is difficult for us to aggregate our responsibility to our nationals who return by land border. When they get to our land border, what the accredited officials of state do is to first determine they are Nigerians.

”Once the issue of their citizenship is determined, the governments are contacted to find out if they could isolate them in their isolation centres,” he said.