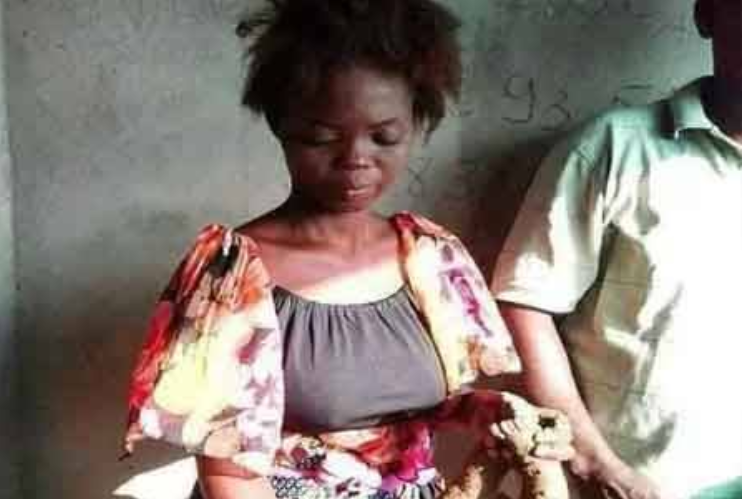 An unidentified Nigerian single Mother has reportedly buried her 3-months old baby alive, the Single mother who was caught in the act revealed her reason for committing such an atrocity.

According to the lady, she buried her 3-month old baby because she met a wealthy man who promised to marry her.

According to reports, the single mother believed the rich man and she decided to get herself rid of the baby in fear of the man not willing to marry her if he finds out she already had a child out of wedlock.

So she decided to bury the child while the child was asleep. An eye witness said, she buried the child inside an uncompleted building close to where she lived.

Within Nigeria, however could not confirm the actual location where the incident took place as at the time of filling this report.

Warning, images are graphics and are hidden for our readers sake, see images here – Photo1  Photo2.