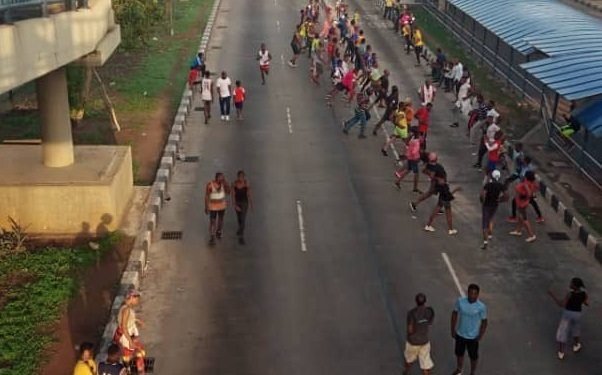 No fewer than 34 persons have been sentenced by a Yaba Magistrates’ Court in Lagos to one month community service for violating the social distancing directives of the Lagos State Government.

The court convicted the defendants following their plea of guilty to a one-count charge of working out in a group larger than 20 persons on the Gbagada-Oworonsoki Expressway.

The court ruled the violators should be quarantined for 14 days at the Infectious Diseases Hospital Yaba or any other place designated by the government.

Three others pleaded not guilty.