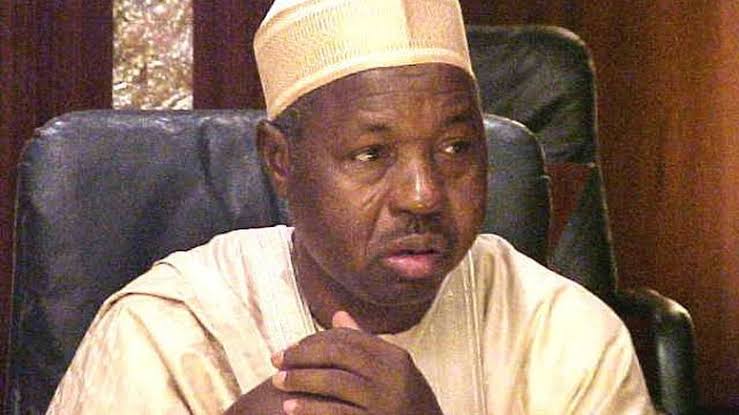 The Executive Governor of Katsina State, Aminu Bello on Friday has imposed a total lockdown in Daura Local Government Area and it is expected to commence on Saturday, April 11 from 7am.

This was disclosed by the Governor while addressing journalists at Government House in Katsina.

Aminu Bello disclosed that the measures became urgent following the recording of an index case from Daura who later died.

Bello further revealed that the lockdown should have commenced from Friday, but that the open window was given to allow people buy whatever they needed.

Katsina Governor added that additional tests were still ongoing in the council areas, with a view to determining those that may have contracted the disease since the index case was identified a week ago.

He announced that so far tests have been conducted on 23 samples collected from contacts with the index case in Daura and further added that three persons who were immediate family members of late Dr. Aliyu Yakubu, including his wife and two of his children, tested positive.

He further disclosed that the three who tested positive to COVID-19, have been sent to the isolation centre at the Federal Medical Centre, Katsina where they will be cared for.

He said’’ Daura and its environs would be totally looked down from tomorrow Monday 7am, the committee is already in place to identify medical and food stores that will be opened within the period of lock down’’.

‘’a meeting held with security Agencies, Emergency Response Committee under the Deputy Governor and other stakeholders deliberated on the steps to be taken to curtail the spread of Covid-19 in the state’’.

He announced that three patent chemists and medicine stores, three grains stores and grocery stores will remain open during the lockdown in Daura.

While requesting the residents of Daura to cooperate and remain at home, he directed all security operatives to jointly work together and enforce the order, warning that any Local government and even the entire state may be locked down if further discoveries were made or any case of widespread of the pandemic.