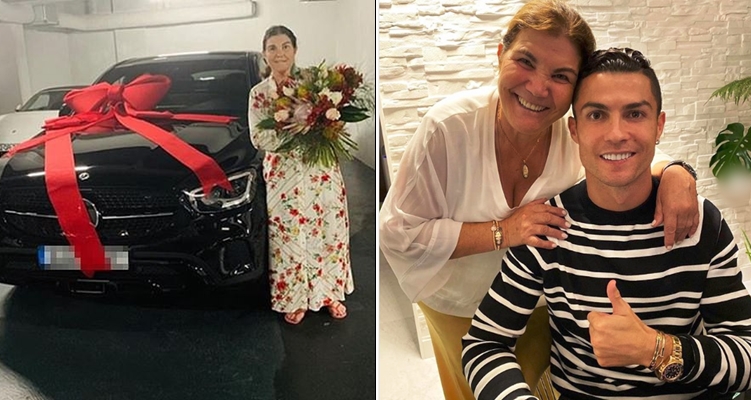 The seasoned footballer, gave his mother, Maria Dolores, a brand new Mercedes to celebrate her on Portuguese Mother’s Day.

The proud mother-of-four, elated about her new whip took to Instagram on Sunday to flaunt her latest gift and wrote: ‘Thank you to my children for the gifts I received today. Happy day to all mothers,’ she said on Instagram to her 2.2 million followers.

‘Happy Mother’s Day to my two special women,’ he said, with two pictures of Maria and Georgina.

Last month, Dolores was rushed to the hospital after suffering a stroke on Tuesday morning in her native island of Madeira in Portugal.

According to media reports in Portugal she suffered an ischemic stroke, caused by a blood clot that blocks or plugs a blood vessel in the brain.