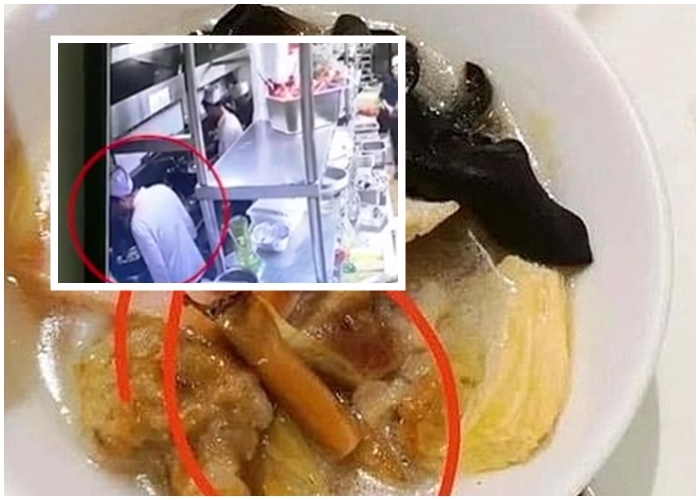 Video: Chef spits into dish while cooking for a customer at a restaurant in China

A Chinese chef has been nabbed on camera spitting generously into the dish he was preparing for a customer.

Following the relaxation of the lengthy lockdown in China, a Chinese chef in Sufuji Restaurant in Xi’an, was captured on surveillance footage spitting into a dish meant for a customer on Sunday, while cooking in the restaurant.

The customer was said to have gained access to the shocking video after finding a cigarette butt in a stew he had ordered and then complained about it to the restaurant, according to local newspaper Huashang Daily.

While watching the surveillance footage, the diner was left shocked to see the chef cooking without a face mask before spitting into his dish in the restaurant’s kitchen.

You can see in the surveillance footage very clearly that the chef bent down to spit into the wok especially,’ Mr Zheng said in shock.

Watc the surprising footage below;