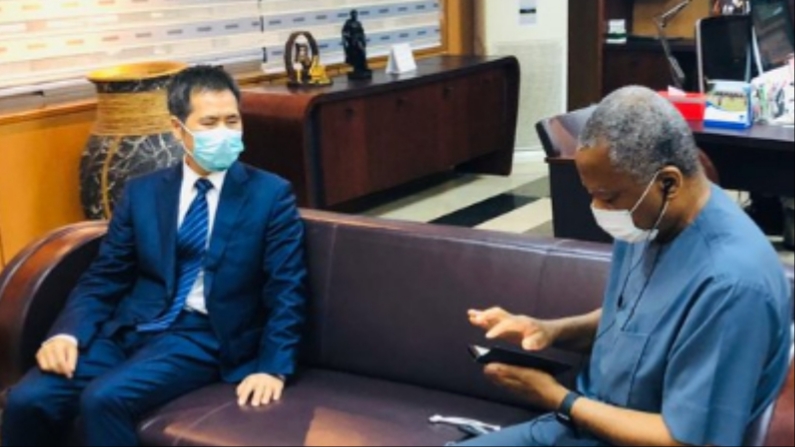 Following the viral reports of maltreatment of Nigerians in China, the Federal Government has summoned the Chinese Ambassador to Nigeria, Zhou Pingjigan.

Recall that Nigerians in China have been posting videos on social media, alleging maltreatment in Guangzhou area of China.

WITHIN NIGERIA learnt that the Minister of Foreign Affairs, Geoffrey Onyeama on Thursday met with Mr Pingjian over the issue.

This was disclosed in a tweet on the Minister for Foreign Affairs page.

Mr. Onyeama said he urged the ambassador to speak with Chinese authorities to intervene on the matter.