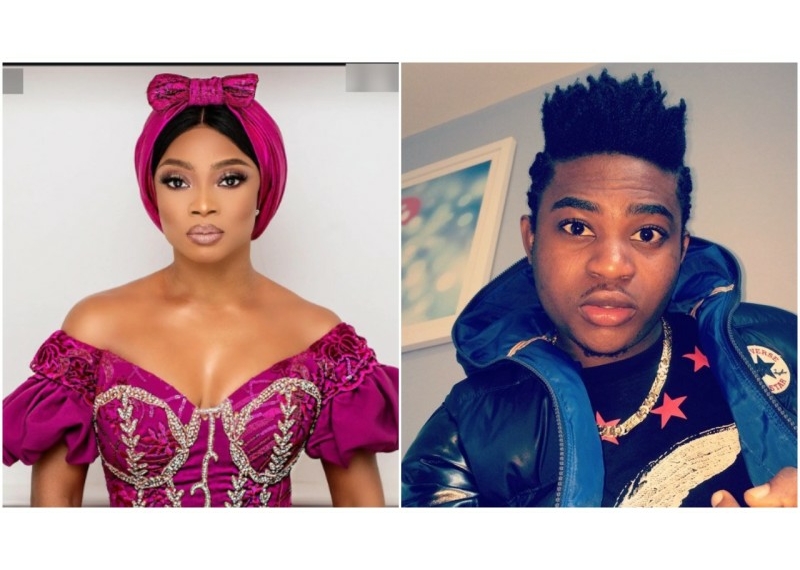 For saying guys should date girls within their tax bracket, Musician Danny Young has been forced to warn OAP, Toke Makinwa to stop misleading people with her ‘ugly’ relationship advises.

According to Danny Young, a relationship is not a business transaction that requires payment of tax. He also added that Toke should learn to use women who struggle to make it with their husband as an example too.

Danny Young however advised that 35 year old Toke Makinwa should stop being a gender racist, adding that any woman who he has to pay after s*x is a prostitute. 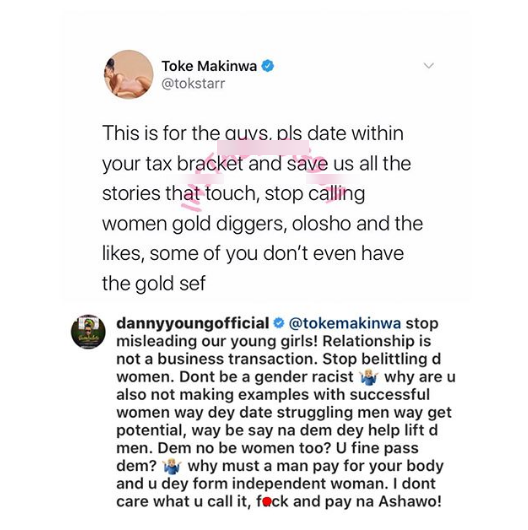 The fashion entrepreneur, is known for her dishing out some pretty interesting advice and of cause, her fans and followers are always ready to obey. It is no news that Toke Makinwa is a controversial person because everything she says or does often causes quite a buzz on social media.

What baffles most people about Toke Makinwa is why she has a failed marriage despite all the relationship advice she gives.