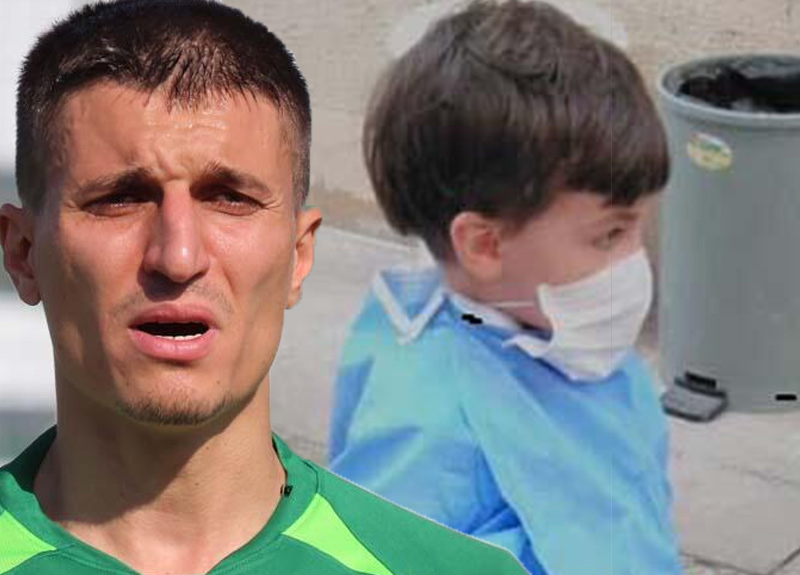 “I killed my son because I didn’t love him”, Turkish footballer confesses

A Turkish football star has confessed to killing his own son at the hospital where he was been treated for the deadly coronavirus (COVID-19).

Cevher Toktas, 32 admitted that to smothering his five-year-old son to death, saying he “didn’t love him.”

The 33-year-old took his son Kasim to hospital on April 23 with a cough and a high fever, and both were quarantined as they were showing the usual signs of coronavirus.

Later in the day, Toktas called doctors into the boy’s room saying he was having trouble breathing. The child was rushed to intensive care, but died. It was ruled he had passed away as a result of Covid-19 and he was buried, however, Toktas has now admitted he suffocated his own child to death with a pillow.

Turkish media have reported that his statement read:

‘I pressed a pillow on my son who was lying on his back.

‘For 15 minutes, I pressed down on the pillow without lifting it up. My son was struggling during that time.

After he stopped moving, I lifted the pillow. Then I yelled for doctors to help to draw any suspicions away from me.’

Asked why he killed his son Kasim, he allegedly told cops that the reason he killed Kasim was because he ‘didn’t love him’ and hadn’t ‘since he was born’.

The defender, who is said to have denied having any ‘mental issues’, was immediately arrested, he is awaiting trial, while his son’s body has been exhumed for a new autopsy.

Toktas, a centre-back, had been playing for Bursa Yildirimspor in the Turkish Regional Amateur League, the fifth tier of football in the country.

He previously played for a number of clubs in Turkey, and had a season in the Super Lig – the national top flight – in 2008-09 with Hacettepe SK.