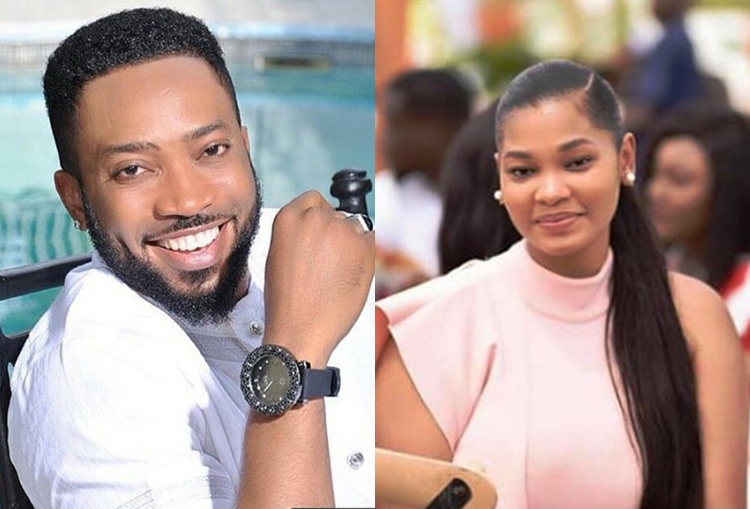 Popular Nollywood actor, Frederick Leonardo has been called out for being a ‘hardcore gigolo’.

According to controversial blogger, Cutie Jule, the actor recently got dumped by a Ghanaian movie producer who is the estranged wife of a popular footballer.

The blogger revealed that the relationship ended after the woman discovered that Frederick Leonardo was just after her money.

“So Aunty Uche aka mama Matthew introduced our fine hunku to our fine Ghana Hunty for work o.

Then as both of them are adults wey as Hunty had left her footballer hubby, it was acceptable when they started dating o. Babe was super excited thinking she’s won herself a potential husband same yellow as herself. She told everyone who cared to listen as she was proud of her man. See as hunku is almost a legend actor and babe is also a movie producer amongst other things, it was a good team. They were almost settling down o. Then boom, the trend began to set in. Babe, cash for this project, this for that bla bla bla. And since everyone was happy for them and we were getting our asoebis ready for the marriage rites. We started asking, how far na! Sissy started; My sister, I thank my God o. That one is only after a woman’s money and he is also a hardcore gigolo.

Abeg, let me pack the money I have left from my hard work and football ozzband for my shilde o.

Now the matter we still dey settle since morning o. These Igbo men are legit giving Ghana babes very perception about Igbo men. And this is heartbreaking cuz Igbo men in general are very hardworking

Abeg, meet me at Igwe’s palace so we can settle this. Igwe must hear this”