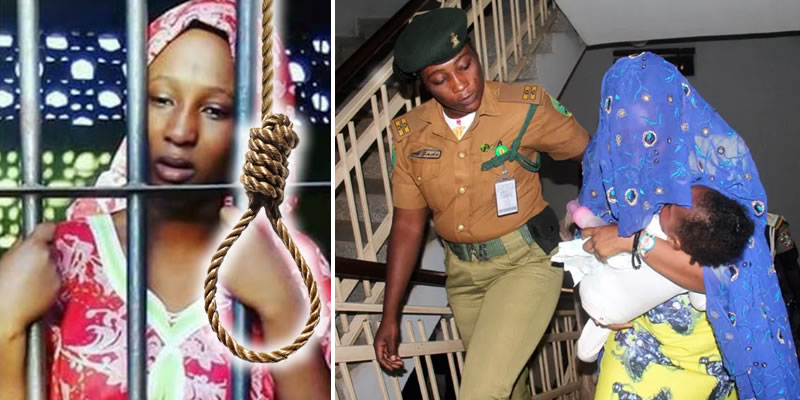 The Police has prayed the Abuja Division of the Court of Appeal to uphold the death sentence on Maryam Sanda by an Abuja High Court for killing her husband, Bilyaminu Bello.

In its brief of argument filed in response to the appeal filed by Sanda’s legal team led by Joe Kyari Gadzama (SAN), the police submitted that the trial court was right in finding Sanda guilty of willfully murdering her husband in cold blood.

Counsel to the James Idachaba said, the trial judge, Justice Yusuf Halilu properly evaluated the evidence before him in reaching the decision to find Sanda guilty and impose the punishment as provided by statute.

He argued that to set aside the decision of the trial court would amount to giving an incentive to angry and unhappy spouse to take the life of their partner at will.

According to Idachaba, the law was meant to serve as a deterrent to others who wish to commit the crime of culpable homicide, adding that a reversal of the judgment of the trial court would surely defeat the purpose of the law.

The police counsel argued that Sanda was guilty of taking her husband’s life and therefore deserves the death penalty imposed on her.

‘Mum jumped into lake and didn’t come back up’…

He described Sanda’s appeal as baseless, frivolous and lacking in merit, praying the Court of Appear to dismiss it with cost.

Justice Halilu had on January 27, 2020, found Sanda guilty of stabbing her husband with a kitchen knife with a clear intent to kill.

The judge said he reached his verdict by relying on the compelling circumstantial evidence and testimonies of the six witnesses called by the police, the relatives of the convict who cleaned up the scene of the murder; a post-mortem examination on the deceased’s corpse; and the contradictory statements of the convict.

The judge said he also relied on the “Doctrine of the Last Scene”, which stipulates that the last person at a crime scene bears full responsibility.

But in an appeal filed by Sanda’s lawyers, they contended that the judgment was flawed as the charge of murder was not proven beyond reasonable doubt.