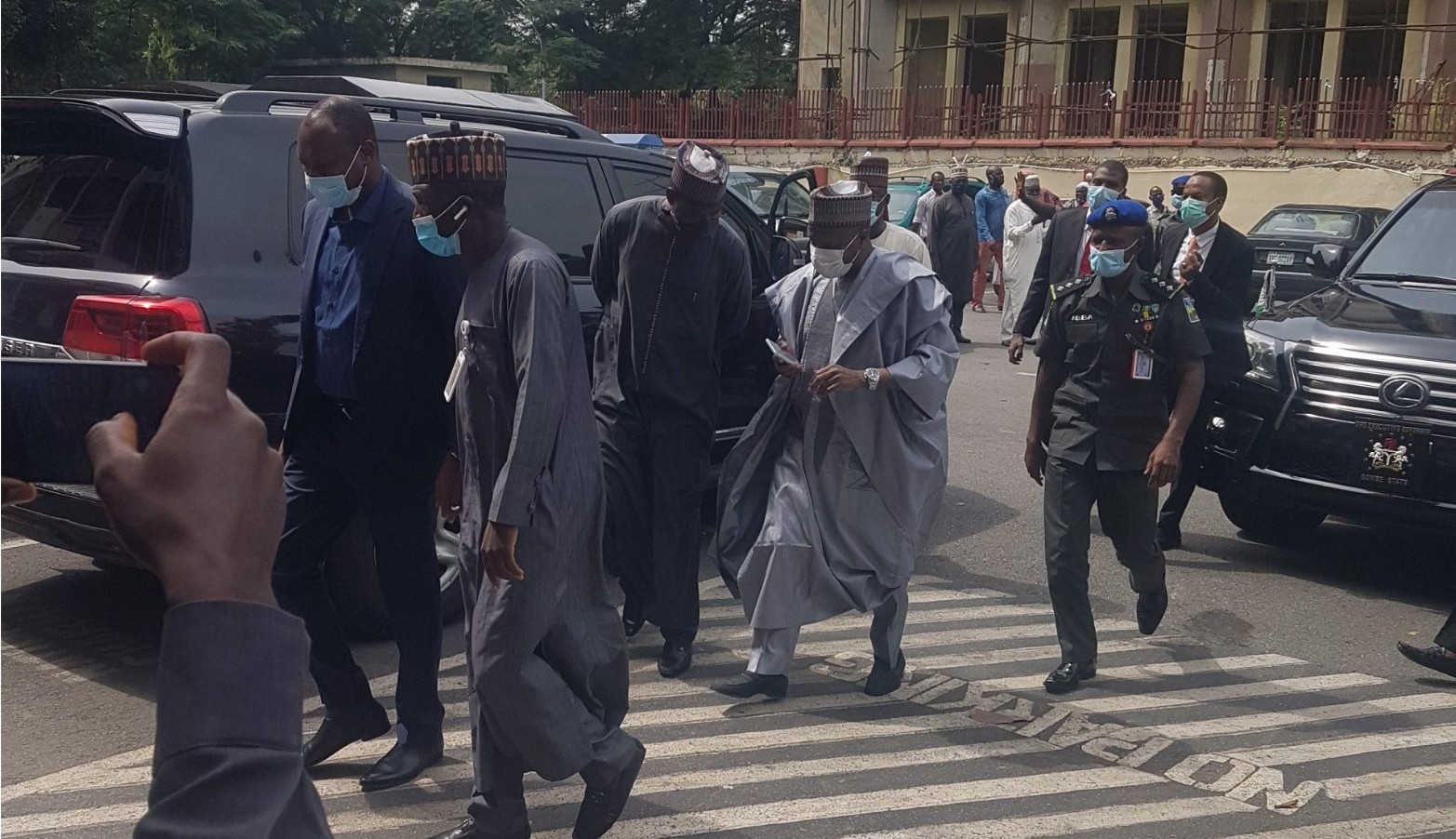 Ahead of the expected meeting with President Muhammadu Buhari over the upcoming Edo, Ondo gubernatorial, governors under the All Progressive Congress (APC ) have arrived the national secretariat of the party.

The meeting which is expected among other things to discuss the frosty relationship between the Edo state governor, Godwin Obaseki and the APC National Chairman, Comrade Adams Oshiomhole.

It would be recalled that governors of the party had on Sunday met with the national leader of the party, Asiwaju Bola Tinubu over the same matter.

It was reported that another meeting will hold with President Muhammadu Buhari at the Villa later today.

Among the governors on ground are Atiku Bagudu of Kebbi, Babajide Sanwo-olu of Lagos, Simon Lalong of Plateau, Rotimi Akeredolu of Ondo, Muhammad Inuwa of Gombe state.

According to a party source, the meeting is in continuation of the one held in Lagos State Sunday night on the Edo State Governorship primaries.