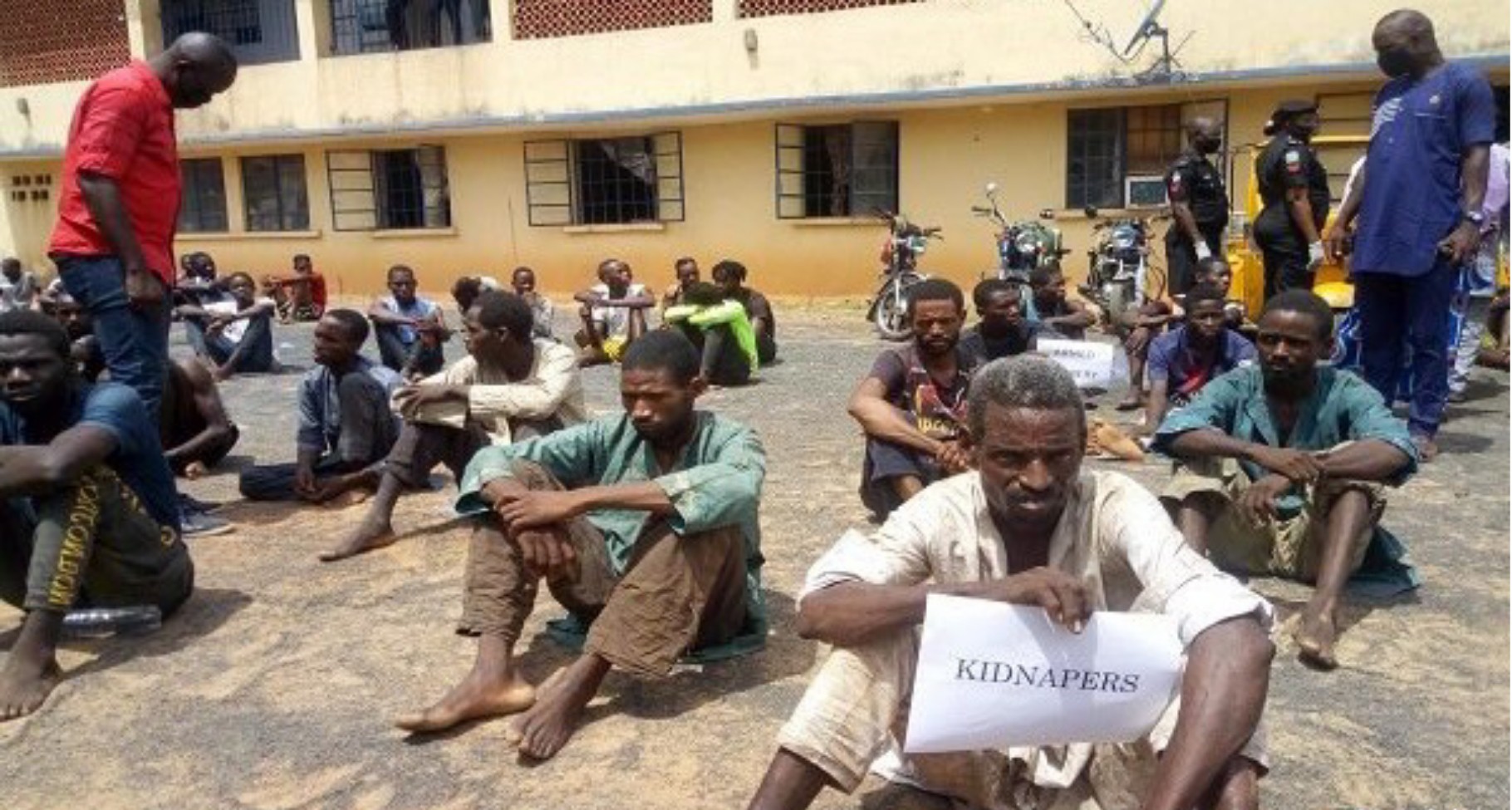 The Adamawa State Police Command has arrested 69 people suspected to have been involved in kidnapping, armed robbery, homicide and violence in parts of the state.

They include 19 suspected kidnappers, 25 suspected Shila Boys, six charged for criminal intimidation and extortion, and 18 for inciting communal clashes in Tigno in Lamurde council, and one for culpable homicide.

The state Commissioner of Police Olubenga Adeyanju, who paraded the suspects on Monday said the police made the arrests in the course of dislodging kidnappers, Shila Boys, armed robbers and cattle rustlers from their hideouts.

He said the operations were with support from the state government, vigilantes and hunters.

He said the suspected kidnappers were rounded up when, following information, operatives of the state police command and members of vigilantes and hunters, stormed a hotbed of kidnappers called Yadim Hills on May 29, 2020, and apprehended seven suspects.

According to him, “investigation further led to the arrest of another syndicate that kidnapped Sule Haro and Solomi Ishaya and killed the husband, Pastor Ishaya, in April 2020 at Mararaba Boki in Gombi council.