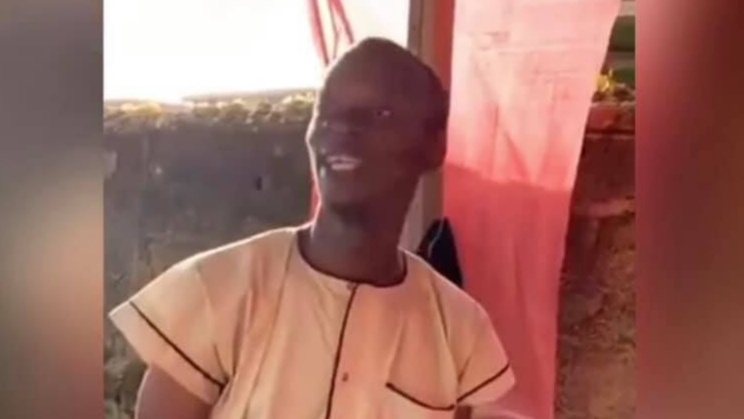 As people took their social platforms to recount sexual abuse or rape experiences, a demeaning video of a Nigerian man narrating how he sexually abused a 12-year-old girl to his friends has surfaced online.

The yet-to-be identified man revealed that he has been “feeling” the minor who buys things from his shop and decided to drag her in.

He further revealed that he never deflowered the girl and remembered inserting his manhood in her private part.

According to the yet-to-be identified man, the incident was not rape but child abuse because the girl never reported the incident.

Inside the 1-minute video, the friends of the yet-to-be identified man can be seen laughing as he narrates the shameful act.

In a related story, WITHIN NIGERIA reported that a four-year-old nursery pupil who was stripped off her innocence after being repeatedly raped by her ‘school uncle’ speaks out.

A viral video that recently surfaced the internet, captured the little girl as she narrated her sad encounter with the rapist identified as Elias.