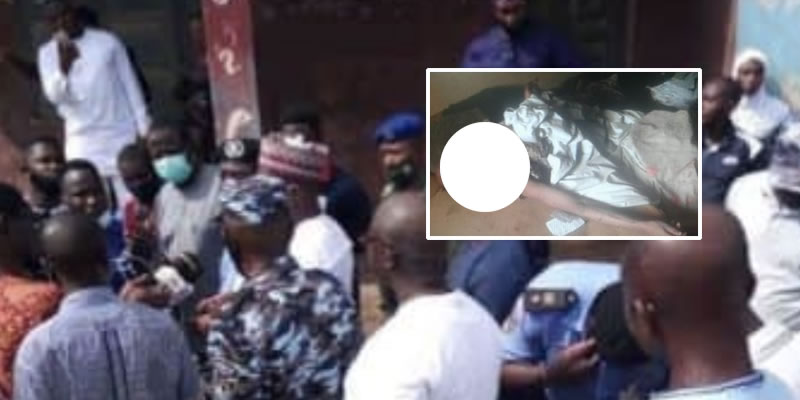 Following the unjust killing of an 18-year-old teenager identified as Barakat Bello and a 29-year-old Azeezat Somuyiwa in Moniya, Akinyele Local Government Area, the Commissioner of Police in Oyo State, Mr Nwachukwu Enwonwu has relocated his office to the vicinity of the sad incident.

WITHIN NIGERIA reported that 18-year-old Bello Barakat a student of the Institute of Agricultural Research And Training IAR&T in Ibadan, Oyo state was allegedly murdered by armed robbers after she resisted being raped by one of them.

It was also reported that Somuyiwa, who was seven months pregnant, was killed on Friday in the axis.

The relocation of top officers to the area in response to the killing was announced in a statement issued by the Police Public Relations Officer in the state, SP Olugbenga Fadeyi.

“The police are aware of the dastardly killing of one Baraka Bello ‘f’ 18-years-old of Oloro Area kraal, Akinyele LGA of Oyo State on 31st May, 2020 and one Azezat Somuyiwa ‘f’ aged 29 years of Ijefun Community, Moniya Akinyele LGA, on 5th June, 2020.

`It should be noted that immediately the Commissioner of Police got wind of the incident, he relocated his office to the area along with the DC Operations, DC Criminal Investigation Department (CID), Area Commander, Moniya, DPOs Moniya and Ojoo with all the police tactical teams in company with Special Assistant (SA) and Executive Assistant (EA) Security from Oyo State Government House.

“Furthermore, intensified efforts are on by the Deputy Commissioner of Police in charge of Criminal Investigation Department (CID), Iyaganku, Ibadan, to unravel the mystery behind the dastardly killings.

`The Commissioner of Police therefore wishes to use this medium to put the records straight that Azezat Somuyiwa ‘f’ aged 29 years of Ijefun Community, Moniya, that was killed in the early hours of 5th June, 2020 by some assailants was smashed with stone on her head.

“The deceased is not a post graduate student of the University of Ibadan as widely circulated on the social media. Her murder seems similar to that of a ritual killing,’’ Fadeyi said.

The police spokesman said the commissioner reiterated the resolve of the command to get to the root of the matter and advised members of the public to be wary of hoodlums in their midst.

Fadeyi quoted the commissioner as warning residents to be security conscious and embark on bush clearing.

The commissioner also reiterated the command’s resolve to continue to rejig the security architecture for maximum protection of lives and property in the state.

He urged residents to continue to go about their lawful businesses without any fear of molestation, saying adequate security measures had been put in place to respond promptly to any security threat.