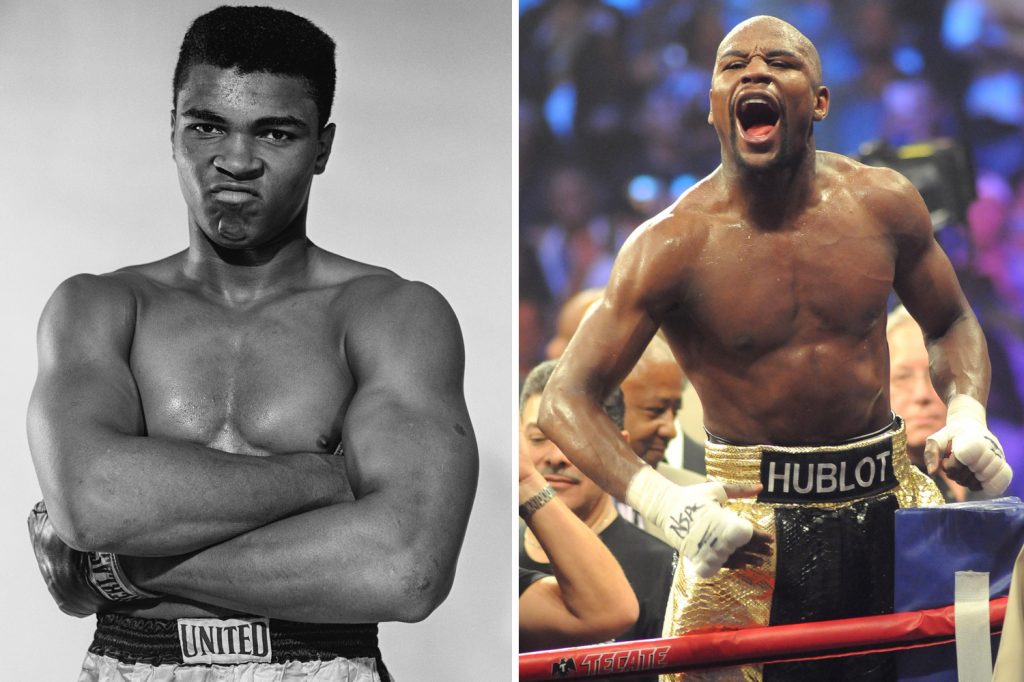 Floyd Mayweather has taken a swipe at boxing legend Muhammad Ali and ranked himself as the greatest boxer in history.

The former pound-for-pound No.1 retired from the sport in 2017 following his win over Conor McGregor which took his record to 50-0.

Speaking to ESPN, and referring to himself in the third person, Mayweather brags about fighting more world champions and winning world titles in five different weight divisions.

And then of Ali, he noted: ‘Ali, only one weight class and really lost to Ken Norton three times. What he did is he stood for a cause in an era when African-Americans didn’t stand up for their people.

‘Muhammad Ali paved the way for me to be where I’m at today, he’s a legend. But when we talk about record breaking, we’ve got to talk about Ali losing his world title to a fighter with only seven fights.

‘I have to take my hat off to Ali, but I didn’t give this sport 40 years to say that there’s another fighter better than me. What I’m here to teach fighters is this: the name of the game is to hit and not get hit. It’s not about taking punishment.

And I love Ali, but sitting on the ropes, taking punishment as far as doing a rope-a-dope – that’s not cool.’

In his ranking, Mayweather ranked himself as No.1 followed by Roberto Duran, Pernell Whitaker, Julio Cesar Chavez, and Muhammad Ali.